"I believe it is the right thing to do to congratulate Senator Peters," James said on Tuesday night

MICHIGAN — After initially refusing to do so, Republican U.S. Senate candidate John James conceded to Sen. Gary Peters (D-MI) in a tweeted video.

James, who was born in Detroit and is an Iraq War veteran, had promoted unsubstantiated allegations of deliberate voter suppression and deception after the Nov. 3 election, continuing after Peters was declared winner in the state according to unofficial tallies.

Peters beat James by about 92,000 votes in the election, with a margin of 49.9 percent for Peters versus James’ 48.2 percent. President-elect Biden beat President Trump by more than 150,000 votes in Michigan.

James pushed on those allegations further during the state’s certification process, joining an effort by some Republicans and the Trump campaign to say that the certification should be withheld until such time that an investigation into alleged illegal voting activity occurs.

In his video message to Peters on Tuesday night, however, James conceded graciously, even brought up some friendly history between the two. Unlike Trump, who has refused to concede to Biden even after giving the go-ahead on the White House transition process, James did not push on the alleged voter fraud.

“Results of the elections were certified yesterday, I’m happy that the Board of Canvassers led by Norm Shinkle asked the legislature to take a top-down review of election law,” James said. “But it’s too late for me… I believe it is the right thing to do to congratulate Senator Peters.”

I ran to help people & you helped me do that. Thank you.

As we continue to fight for our republic, remember the battle is not ours, but the Lord's. And our enemy is not our fellow Americans.

He informed the senator of a bottle of Johnny Walker Blue Label scotch sent out to him in the spirit of the holidays. By press time, Peters’ office did not confirm with The Arab American News whether he had received the bottle.

James also said his campaign gave away more than $1 million to people in need before the holiday. The COVID-19 pandemic and a lack of aid from the U.S. Congress has caused widespread food insecurity and potential homelessness nationwide. 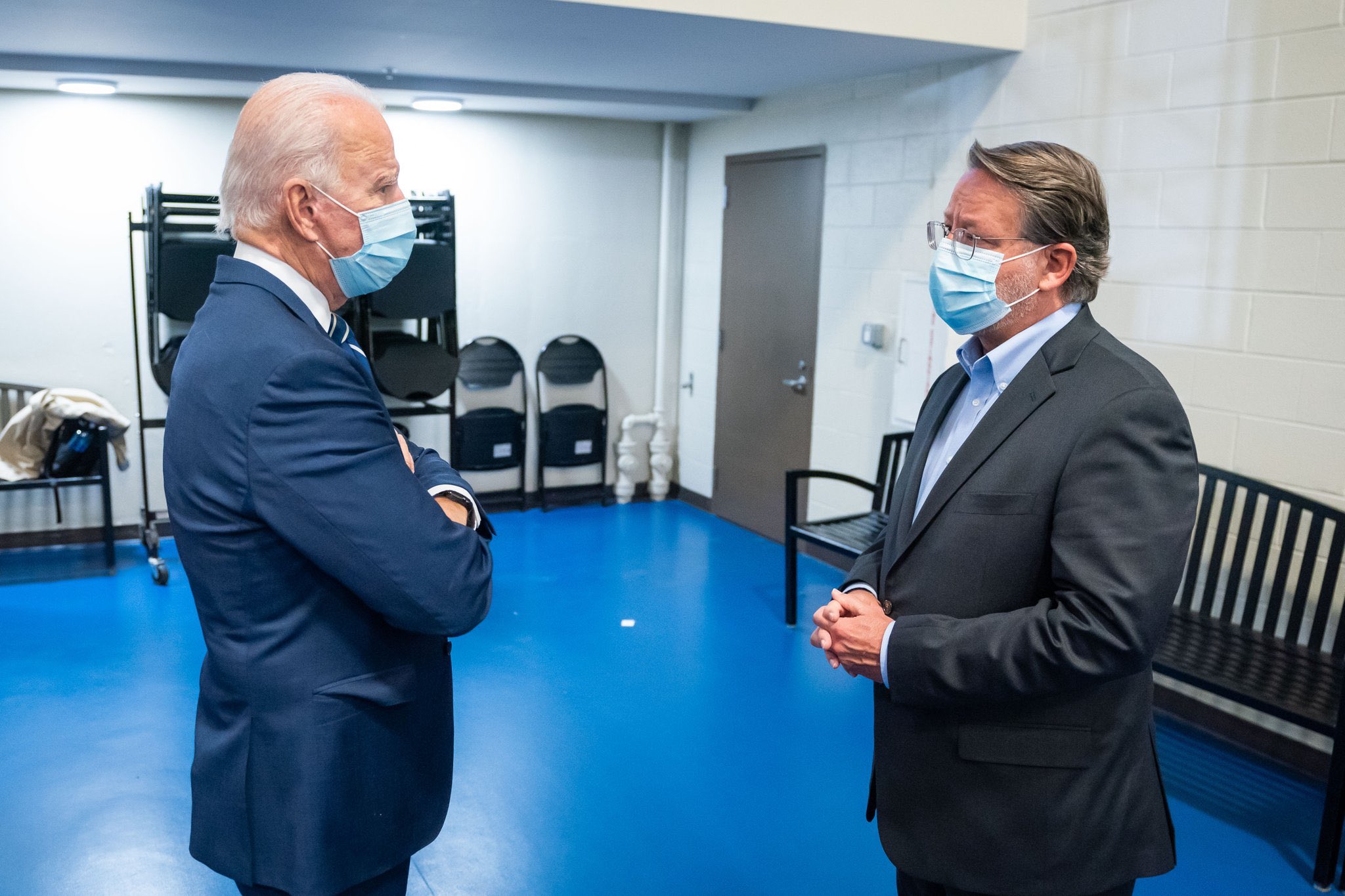 It is true that some precincts in Detroit were unbalanced without explanation, a common feature in elections. There were more unbalanced precincts in the 2016 general election than 2020, by about 17 percent, with a much tighter margin between presidential candidates in the state. Republicans did not call for a delay of certification back then. Precinct voter data shows that Wayne County precincts did not turn out more votes than the number of registered voters.

Unbalances can occur from human error; for example when a machine fails to scan the name of a voter on an absentee ballot envelope or if a voter makes a mistake on a ballot and requests a new one or signs into the poll book, but leaves before casting a ballot.

So far, the Trump campaign’s legal challenges in different battleground states like Michigan have not yielded any real victories for Trump and other Republicans. A majority of more than 35 election-related cases have been thrown out by judges for lack of credible evidence of actual voting fraud. Trump’s campaign withdrew its lawsuit in Michigan shortly after Wayne County’s certification.