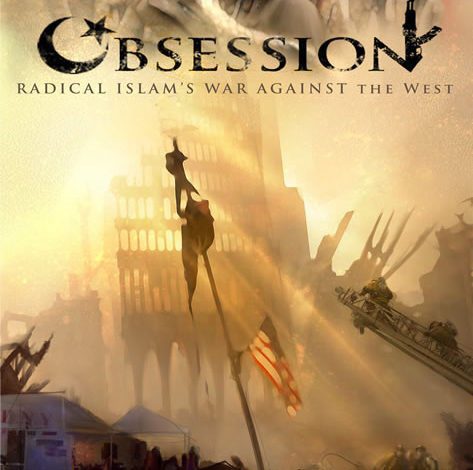 WASHINGTON (IPS) — A controversial documentary on the threat of radical Islam, promoted by the two most-watched U.S. cable news networks, was marketed and supported in part by self-described “pro-Israel” groups, according to an IPS investigation.

Abbreviated versions and segments of “Obsession: Radical Islam’s War Against the West” ran on FOX News and CNN, but neither station disclosed the film’s connection to HonestReporting, a watchdog group that monitors the media for allegedly negative portrayals of Israel.

HonestReporting marketed “Obsession” but denies it produced or funded the project.

“We initially gave some guidance to the ‘Obsession’ staff,” wrote Pesach Bensen, editor of Mediabackspin.com, the organization’s weblog, in an email response to IPS. “We’re thrilled to see it succeed beyond our wildest expectations.”

When “Obsession” was released last year, news pundits and anchors on FOX and CNN praised the independent film for its candid look at Islamic militancy. FOX incorporated footage from the film into a one-hour special, which aired seven times in November 2006. CNN’s right-wing pundit Glenn Beck called it “one of the most important films of our time.” Sean Hannity of FOX News described it as “shocking beyond belief.”

While such enthusiasm from right-wing talk show personalities comes as no surprise, mainstream cable news programs also appeared to accept, without question, the premise of the film, which explicitly compares the threat posed by radical Islam to that of Nazi Germany in the 1930s.

Consider, for example, CNN news anchor Kyra Phillips’ exhortations during an adulatory interview in December 2006 with Raphael Shore, the film’s producer: “I encourage everybody to see this movie, you definitely get an incredible education from watching this film. The movie left many of us speechless. We appreciate what you’ve done.”

HonestReporting was founded in 2000 by British university students who objected to what they considered anti-Israel coverage by European media in response to the second Palestinian intifada.

There is no mention of HonestReporting’s connection to “Obsession” on the film’s website, www.obsessionthemovie.com. In an online “Ask the Filmmakers” segment on the FOX News website, Shore stated that he could not identify the film’s funders for fear of retaliation by the “radicals” the filmmakers exposed.

Brian Gaffney, executive producer of the FOX News Documentary Unit, declined to comment on whether HonestReporting’s connection was disclosed to the audience, or whether FOX was aware of the organization’s ideological perspective.

“There is no mistaking that this was a film with a clear point of view,” Gaffney wrote in an email to IPS. “Its forceful case against radical Islam spoke for itself.”

In the case of CNN, which ran segments of the film in the context of a joint interview with Shore and cast member Nonie Darwish, it appears that producers were unaware of the connection.

“I was told that HonestReporting was not involved with this film,” said CNN spokeswoman Megan Mahoney.

Any relation between HonestReporting and “Obsession” is also missing on the film’s website, but the organization’s name does appear at the end of the film’s credits. In addition, a call for tax-deductible donations to help “launch” the film appeared on HonestReporting’s website, promising a free DVD of “Obsession” upon release. Contributors of 250 dollars or more were promised a free copy of the book “Israel: Life in the Shadow of Terror.” An entry on Mediabackspin.com, the organization’s weblog, also describes HonestReporting as a “proud partner” of the film.

Its production credits include the Middle East Media Research Institute, or MEMRI, a translation service founded in 1998 by Col. Yigal Carmon, who spent more than 20 years in Israeli intelligence and later advised two Israeli prime ministers; and the Palestinian Media Watch, an Israeli group founded by Marcus, that monitors Palestinian news organizations for alleged anti-Zionist and anti-Semitic propaganda.

“Obsession,” for all its fans, has engendered contentious debate on U.S. university campuses not only for its disquieting barrage of video footage culled from the Arab media, but also for the film’s distribution network.

According to the “New York Times,” when a Middle East discussion group organized a screening at New York University earlier this year, distributors of the film required those in attendance to register at IsraelActivism.com, the official website of the Hasbara fellowships.

The program, also known as the Jerusalem fellowships, was started in 2001 by Aish Hatorah — an Orthodox Jewish outreach organization and yeshiva based in East Jerusalem — in conjunction with Israel’s Ministry of Foreign Affairs. According to its website, the group “educates and trains university students to be effective pro-Israel activists on their campuses” by providing its participants with “tools, resources and confidence to return to their campuses as leaders in the fight for Israel’s image.”

According to the “St. Louis Dispatch,” a summer screening of “Obsession” in St. Louis was sponsored by the local branch of Aish Hatora and featured a post-film discussion with Walid Shoebat, an ex-Palestine Liberation Organization militant who was interviewed in the film. In the summer of 2006, Shoebat, a convert to evangelical Christianity, also spoke at the “Night to Honor Israel,” a three-day event presented by Pastor John Hagee’s Christians United for Israel, a lobby group that aims to mobilize Christian Zionists as a political force, according to the “San Antonio Express.”

While watching the film, it becomes clear that the controversy surrounding “Obsession” has less to with what it says about the threat of radical Islam, than how it presents the information. While the film contains disclaimers stating that “it’s important to remember most Muslims are peaceful and do not support terror,” critics argue that it makes little distinction between the religion of Islam and the political realities that inform terrorism.

“It’s all part of that industry of Muslim bashers,” said Ibrahim Hooper, a spokesman for the Council on American-Islamic Relations.

“The sentiment is there, you can see in the [1995] Oklahoma City bombing that it was originally seen as an act of Islamic terrorism,” said Peter Hart of Fairness and Accuracy in Reporting. “It’s almost a default position for the media, so you’re going to have work like this received uncritically.”

The Oklahoma City bombing, initially attributed by the mainstream media to Islamic terrorists, was actually perpetrated by right-wing extremists from the U.S. Midwest.

The film’s director, Wayne Kopping, argues that it aims to uncover the mixed messages propagated by radical Islamists in the Muslim world, who moderate their voices only when they speak in Western media outlets.

“Children in the Arab world are… breastfed on a diet of hatred for the West. Not only that — the entire culture is permeated with it,” said Kopping in a FOX interview. “The question is what are they [the spokespeople] saying in their own language, on their own TV stations to their own people. That’s when you really hear what they think, and they call for jihad.”