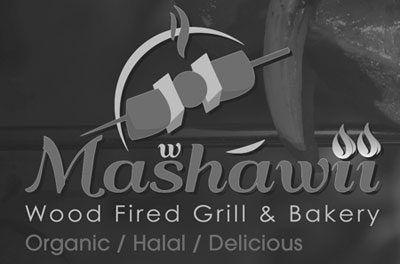 DEARBORN — The Arab American News is continuing to keep track of community entrepreneurs who are launching new businesses in Metro Detroit and contributing to the region’s economic growth and stability. Below is a preview of three new atypical businesses in town.

Mashawii
In 1983, Dean Hachem opened Mr. Shish Kabob, one of the first Arabic restaurants in Dearborn.
Since then, he has started many businesses and now his company owns and operates dozens of different restaurants across the country. He said he is “going back to the roots” by establishing Mashawii, a Middle Eastern eatery set to open soon in east Dearborn.
However, Mashawii will be an addition, not a repetition, to the wealth of Arabic food destinations in Dearborn. “Mashawii” means barbecued meat in Arabic. The restaurant’s wood fire grills and the meat displayed on long metal shish will provide an authentic Arab barbecue experience, said Hachem. All the products will be organic, according to project consultant Khalil Ramadan.
The restaurant’s novel decor blends traditional Arabic design with a modern industrial style. The contrast could be seen on the exterior of the restaurant, where aluminum plates sit atop the stone building. On the inside, an oriental chandelier made of silver copper hangs from the high ceiling. One wall is fully covered in wood, like a roadhouse. A few table with long green chairs stand in the small dine-in area near the entrance and a row of refrigerators stand in front of the grills.
The space between the fridges and the grills will be the kitchen, which will remain visible to guests. They’ll be able to see their food as it is being prepared.
Hachem recalled that during his early days in the food business, ACCESS activists used to bring a group from a local church to Mr. Shish Kabob every Friday and he would introduce the churchgoers to Arabic food. He said the community has grown and changed completely since that time, but he is trying to accomplish at Mashawii what he started 31 years ago with Mr. Shish Kabob.
“The main goal is to inspire our guests by introducing authentic Middle Eastern food, in the way we cook it and present it,” he explained.
“With a twist,” added Ramadan, referring to innovative dishes and sandwiches the restaurant will serve.
Ramadan, who has worked on projects like Crave in west Dearborn and several dining and entertainment venues in Detroit, said the restaurant will present a casual dining experience. He added that it will offer online ordering, catering and delivery for large orders.
He said the sandwiches will be made right in front of the diners to ensure their freshness, and that guests will find unique options at Mashawii.
“We will have items and styles of cooking people have never seen,” he said. “We will have a gluten-free menu. All of our meat will be organic. All the seafood will be wild-caught.”
Ramadan added that Mashawii will look to draw all kinds of diners, and that its prices will not be higher than other Arabic restaurants.
He said he is looking to turn Mashawii into a recognized brand. Hachem added that he is planning to expand on the idea by opening other branches of the restaurant.
The restaurant is located at 14406 West Warren Avenue in Dearborn, a few blocks east of Chase Road, near Shatila Bakery.
“This is the heart of east Dearborn. You can’t get a better location than that,” said Ramadan.
Hachem said he hopes the restaurant’s setting and decor will bring people into the eatery, and that the quality of the food will bring them back and turn them into regular customers.
Mashawii is expected to open within a month, according to Ramadan.

Sky Crepe
Eiffel towers everywhere… On the tables, at the counters, even on the cafe’s logo. Calming blue walls with wood edges greet diners into Sky Crepe in Dearborn, while the tan and black leather seats set the tone for the quiet Paris-style cafe.
The menu boasts a variety of lunch and dessert crepes, shakes, various coffees and other drinks, sandwiches and salads. And while self-served frozen yogurt shops have become numerous in the area, frozen yogurt can be purchased from a drive-through at Sky Crepe.
“We wanted to be creative and do something new. I travel a lot, and this has never been done in this region,” Sky Crepe  owner Wassim Taleb told The Arab American News.
He added that he wanted the cafe to adopt a modern European style.
Unlike the nearby Sky Lounge, which Taleb also owns, Sky Crepe does not serve hookah.
Established in a former Taco Bell at 7120 Schaeffer Road, south of W. Warren, Sky Crepe shows the transforming entrepreneurial power of the community, which can turn a corporate fast food place into an attractive cafe serving delicacies from the City of Light.
The cafe had its grand opening last week. Taleb said business is “picking up.”

Designer Suit Outlet
When Hussein Zain opened a Designer Suit outlet opened in Dearborn, he was counting on 20 years of experience in the fashion world to compete with the department stores.
The store, whose original branch is located in Hollywood, offers three suits, shirts, belts, ties and pairs of socks for $299.
“Every day is ‘Black Friday’ here,” said Zain, referring to the day after thanksgiving, when many retail outlets have huge sales.
The Dearborn store opened at the beginning of the year. Zain said the business has shown “encouraging signs.”
Designer Suit Outlet carries a variety of brands, including Hugo Boss and DKNY. Zain said he chose to open the boutique at 13357 Michigan Ave. in east Dearborn because of its proximity to residential neighborhoods.
“Customers can walk to our store,” he said. “We know that many men are busy and don’t have time to go to the mall to shop, so we came to the customers and brought the clothes to them.”
He added that the large variety of styles, colors and sizes,  along with the “high quality and appropriate prices”, attract customers to Designer Suit outlet.
Zain said that although casual outfits are more popular than business attire in Dearborn, most men own suits for going out, work and formal occasions.
Customer service is one of the business’ worthy assets. When The Arab American News visited Designer Suit Outlet, Zain could be seen helping customers choose their purchases for more than 30 minutes.
By Ali Harb