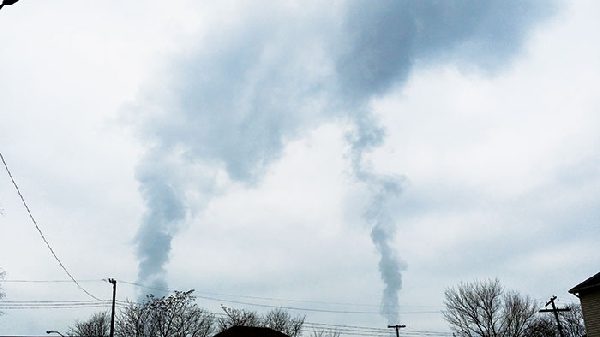 DEARBORN — A series of emails between the Michigan Economic Development Corporation (MEDC)— Gov. Rick Snyder’s business promoting agency— and the Michigan Department of Environmental Quality (MDEQ), which were obtained by The Arab American News (TAAN), show the MEDC was involved in the state environmental group’s permitting process.

The controversial 2006 revised emissions permit the MDEQ and MEDC communicated about in the emails was issued to the former steel company Severstal last May, but today environmental groups are suing to get it reversed.

The emails are being used in the lawsuit as evidence of improper intervention and undue influence in the MDEQ permit review process.

In an email dated June 21, 2012, Amy Banninga, the vice president and senior advisor at the MEDC, wrote to Susan Holben of the MEDC to talk about how Severstal thought the permit should be grandfathered.

“Mike Finney and governor Snyder attended a grand opening event at Severstal today, while he was there Mike Spoke with Sergei (I think local plant manager) who expressed some concerns on the air permitting process. We may not have this all exactly right, but this is what I took down.

-Severstal thinks DEQ may get EPA involved, and doesn’t think that should be. They think they should be grandfathered (sounds similar to guardian).

-This involvement will add cost and time.

-Can DEQ do anything to help them make this more efficient?

Can you kick the tires over at DEQ to see where this stands? We need to know what the issue is, and have a reasonable response for the company. If there is something the DEQ can do to help the company comply, etc, we can help connect the players. We can get contact details from Mike if it gets to that point. At this point, we just need a better understanding of where things stand so we can communicate with the company.

When the permit was issued, a portion of Wayne County was failing to meet federal air quality standards for sulfur dioxide because of the new National Ambient Air Quality Standard for the toxic gas that was set by the EPA.

According to the lawsuit filed by the Sierra Club, Detroiters Working for Environmental Justice, Original United Citizens of Southwest Detroit and the South Dearborn Environmental Improvement Association (SDEIA), the MDEQ treated the permit as though the area was in attainment for sulfur dioxide and agreed to “grandfather” the permit by applying air pollution laws and rules from 2007 instead of requirements in effect today.

Severstal was located in the Southend of Dearborn and its sale to AK Steel was finalized in September.

The lawsuit also claims the MEDC lobbied the MDEQ to pass the permit after the CEO of Severstal met with Snyder and the director of the MEDC and asked them to intervene in the process of getting the permit passed.

On Friday, January 18, 2013 Banninga sent an email to Finney that read, “DEQ has really gone the extra mile-maybe the extra 10 miles. Dan agrees there is no more they can do, but will be discussing with the governor. “

Banninga is presumably speaking about Dan Wyant, the director of the MDEQ, who is also being sued by the environmental groups as well.

“Hello Governor Snyder, thought you would like to be aware of this action.”

According to the lawsuit, the MEDC’s Michigan Economic Growth Authority has awarded Severstal more than $98 million in tax credits and incentives over the past nine years.

Michael Shore, the communications director for the MEDC, said the Michigan Office of Business Ombudsman has been in continuous operation since Gov. Blanchard created it in the 1980s. He also said it was established to facilitate communications between Michigan businesses and state departments and that this is what it does today.

“The Michigan Economic Development Corporation does not lobby on behalf of any individual business,” Shore said.

According to a document obtained by TAAN regarding the status of four lawsuits SDEIA initiated involving Severstal, counsel for SDEIA submitted a Freedom of Information Act request to the Michigan Economic Development Corporation in the Spring of 2014. They submitted the request after learning of MEDC’s involvement in the permit process.

The MEDC denied having any documents concerning Severstal and the Michigan Department of Environmental Quality. Knowing this to be false, SDEIA sued the MEDC for violating FOIA law. MEDC turned over about 1,200 pages of additional documents over the next few months.

Attorney and former State Representative Rashida Tlaib said she was angry when the permit was passed because she didn’t believe the permitting process was transparent. She said it seemed to her that Snyder was clearly influenced by allowing the economic growth division in his administration to call for meetings about the air permit to influence the MDEQ.

“I think a number of those letters and emails that were communicated through the FOIA that was filed through the law firm show it is as clear as day that this permit was not issued based on current law, but based mostly on corporate friendship,” she said.

“The EPA has determined that the Southend and the 48217 [ZIP code] are already too polluted with sulfur dioxide and other contaminants to be considered safe for people to breathe over the long term,” Christopher Bzdok, an attorney for SDEIA said. “The modern rules therefore require that equipment be installed when a permit is issued to start reducing these contaminants. By using rules from 2007, the steel company is trying to get around installing pollution control equipment that would begin to reduce the contaminants they emit into the air. This has a direct and adverse impact on people’s health and safety.”

“Certainly, we get a lot of input from a lot of people to approve and deny permit applications,” Lynn Fielder, assistant chief of the AQD, told The Arab American News last August. “The MEDC, they expressed an interest in the facility, but we did our review based on the laws regulations in play. It is not uncommon for, you know, legislators, the public, lobbyists and others to ask questions about the permit.”

On Dec. 22, Southend resident Malek Ali forwarded a message to officials from the MDEQ with the subject, “Devastating (Severstal/AK Steel) Emissions 12-20-14 Photos.”

Ali attached several photos in the email about a potential air pollution violation from AK Steel’s facility she said started on Dec. 20 at 10 a.m. and continued to impact the area until later that evening.

“I was able to capture another episode of devastating pollution emissions from Severstal/AK Steel along with a video,” Ali wrote in the email. “As I go home at the end of the day around 6 p.m., the emissions continued to cover the sky with pollutants.”

Responding to the email, Dearborn resident Adel Mozip wrote, “When will the DEQ/EPA stop this madness?”

Mozip lives in the east end of Dearborn, but said he could smell the “unbearable” odor from the alleged air pollution violation all the way from his house.

The incident made residents question whether they would continue experiencing the same issues with pollution they fought against for years when Severstal owned the facility.

Between January and September of 2012, emissions at Severstal’s Basic Oxygen Furnace ESP violated the federally-enforceable standards of the Michigan SIP and the company’s permits at least 3,188 times, according to another lawsuit filed in federal court against the company last June by the SDEIA.

“I’m worried, but I know for sure that AK Steel is going on the same path (if not worst) based on what I can see and smell,”  Ali  said .

Jonathan Lamb of the MDEQ’s Air Quality Division responded to the concerns of residents, saying from what he could tell the “emissions” in the photos appeared to be steam, not any particulate emissions, and that steam is a normal part of operations at AK Steel. Lamb said that based on the pictures, he didn’t see anything out of the ordinary or any evidence of a potential violation.

“I was not surprised at the DEQ response because I knew DEQ is not doing their job the right, ethical way to begin with,” Ali said. “The DEQ should have responded with something like ‘We’ll look into it, we’ll investigate.’ But instead, they rushed to answer without even looking into the matter.”

On Sunday, Jan. 25, a meeting will be held at the American Moslem Society, 9945 Vernor Hwy. in Dearborn, beginning 6 p.m. Activists and residents will discuss some of the most recent issues they have experienced with air quality in the area.

During the meeting, there will be discussions on the process of filing and reporting air quality and pollution concerns to regulators such as the DEQ and EPA. Over the last year, Arab Americans have become more environmentally active.

“There is a movement going on right now,” Mozip said. “We are trying to create a culture of greater awareness.”

Because the permit transferred over to AK Steel when it purchased the Severstal facility, the company is handling the litigation for it. Barry Racey, the director of Government and Public Relations for AK Steel, said the company could not comment on pending litigation, but did address some of the most recent concerns residents have regarding pollution.

Racey said AK Steel conducted an investigation and its research indicates that the Dearborn Works was operating at well within environmental permitted levels on that date; and its monitors recorded no events that resulted in any high opacity emissions that day.

“In addition, our environmental team has determined that the plume shown in the photos appears to be steam and not an emission violation,” he said.

The most recent complaints about air pollution violations from AK Steel came months after the permit was heavily contested by residents who said it would allow the company to increase its emissions.

Counsel for SDEIA say Severstal claimed to justify some of these increases based upon tests performed of emissions from the smokestacks at Severstal. However, in many cases the new emission limits far exceed the emissions demonstrated by the stack tests.

Bzdok previously told TAAN the permit allows the plant to operate at maximum production and needed to be passed in order for Severstal to sell.

Racey said significant progress has been made at the Dearborn Works with environmental compliance since AK Steel acquired the facility in September.

“In fact, the plant’s fourth quarter of 2014 environmental performance was likely the best in the history of facility,” he said. “Environmental compliance is a key priority for AK Steel and the company is working to ensure that the Dearborn facility’s operations comply with all applicable environmental laws, regulations and permits.”

Natasha Dado is writing this series as a project of the National Health Journalism Fellowship, a program of the University of Southern California’s Annenberg School of journalism. Natasha@arabamericannews.com