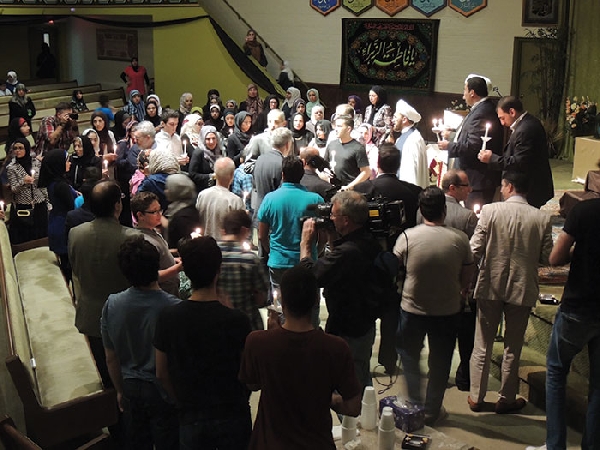 DEARBORN — Ramadan is supposed to be a peaceful time of the year.

Just as Muslim Americans were getting into the full swing of the holy month — a time meant to observe fast, heal and lead charitable efforts — events abruptly changed course following the mass shooting in Orlando.

When Omar Mateen stormed into the Pulse, a gay night club, and murdered 49 people and injured 53 others on June 12, his actions didn’t just impact the victims and their families. They affected two communities that had already been extensively scrutinized.

Both Muslim Americans and the LGBTQ community now face an even greater challenge moving forward.

For Muslim Americans, the remainder of Ramadan will be spent against a backdrop of growing resentment in the U.S., with many leading organizations and mosques eager to condemn the actions of a lone wolf who executed the largest mass shooting in the country’s history.

While details about Mateen’s life continue to unravel, it has become evident that his motive had more to do with his personal grievance with homosexuality than with his religious beliefs or ties to any terrorist organizations.

Still, Muslim groups came out in droves to condemn his actions, anticipating that they’d be blamed by both the mainstream media and a political climate focused on fueling Islamophobia.

The afternoon following the attacks, the Council on American Islamic Relations (CAIR) issued a statement and held a press conference to condemn the attack. In the days that followed, CAIR chapters across the country held candlelight vigils and services to mourn the tragedy.

“We are sickened and heartbroken by this appalling attack,” said CAIR National Executive Director Nihad Awad. “Our hearts and prayers are with the families and loved ones of the victims. There can never be any justification for such cowardly and criminal acts, period.”

“This vicious crime is yet another senseless massacre committed by a deranged individual with easy access to military weapons,” the ICA statement said. “Although every individual is responsible for their own actions, the Islamic Center believes our government leaders must finally look seriously at the underlying causes that lead to these mass shooting. Military weapons capable of killing and injuring over a hundred people within minutes cannot be justified in any civilian’s hands. Sensible assault rifle reform should be reinstated as the law of the land. Moreover, robust gun purchase screenings are needed to limit access to weapons of mass murder by mentally unstable individuals.”

The American Arab Civil Rights League (ACRL) strongly condemned the vicious attack in Orlando. The ACRL denounced religious extremism and told Americans to turn to the late Muhammad Ali for a good example of a true Muslim.

“Those who commit these heinous acts are void of any humanity,” the ACRL said. “The timing… after the funeral of Muhammad Ali, demonstrates that this person and ISIS wish to only destroy Islam and kill innocent people in clear violation of the basic tenets of the religion and humanity. In such times, we need to stand together and not be divided by the politics of fear.”

While Muslim groups were quick to condemn extremism, Islam’s perception of homosexuality was largely dissected in the media this week.

Homosexuality in Islam is no different than it is in Christianity. Both the Quran and the Bible condemn same sex relations, although in recent years those verses have led to various interpretations, in an attempt to appeal to a growing LGBTQ community that feels alienated by religious institutions.

But Islam’s shaky relationship with homosexuality mostly stems from cultures and customs in the Middle East, where it is heavily condemned in several countries. In areas like Saudi Arabia and ISIS-led regions, openly gay individuals have been subjected to stoning and lynching.

These types of practices are heavily denounced by the greater Muslim community. And American Muslims are being vocal about it.

ACCESS issued a statement sympathizing with the LGBTQ community, noting that it has consistently stood for the civil rights of Muslim and Arab Americans.

“Our thoughts are with the victims and their families,” ACCESS said. “We extend our deepest sympathies to LGBTQ communities throughout the country who have suffered greatly in their fight for equal rights and against homophobia. The LGBTQ community has been essential in every movement for justice and has stood fast with the Arab and Muslim communities in fighting for a more just and equitable society.”

Brian Stone, an openly gay state representative candidate running for the 15th district, which covers Dearborn, said the attacker’s ideologies against homosexuality does not represent that of Muslims or residents in Dearborn.

“As a gay man who has grown up in Dearborn, all I can say is that the attacker in Orlando does not represent true Islam,” Stone said. “If that attacker were a true Muslim, he would have saved lives, not taken them.”

Stone noted that he hasn’t come across any challenges campaigning in religious institutions in Dearborn, noting that the Muslim community has treated his sexuality as a non-issue.

“My campaign is in the mosques registering voters; we’re in the schools and talking with families,” Stone said. “Muslims are the same as every other group of Americans. They don’t care what someone’s sexual orientation is. They just want to live in peace like everybody else.”

In a statement, Take on Hate, a campaign started in recent years to tackle the growing wave of Islamophobia, said the initiative stands behind any group subjected to intolerance.

“The violent attack against the LGBT community at a gay nightclub was a terrible tragedy, fueled by hate and homophobia,” the statement read. “We must stand against crimes of hate, targeted toward any community, and commit ourselves to creating a world where all people can live without the fear that they will be targeted for their sexual orientation, gender, faith or race.”

The American-Arab Anti-Discrimination Committee (ADC) issued a statement standing behind the LGBTQ community, nothing that it has partnered with the community on numerous occasions to combat similar issues.

“Violence of this magnitude belongs to no religious, racial or ethnic group,” the ADC said. “ADC has always stood, and will continue to stand, against discrimination and hate crimes against all communities, including the LGBTQ community. We have worked regularly with the LGBTQ community, as they have been on the forefront of helping combat Islamophobia and Anti-Arab sentiment.”

Several collaborative efforts were underway following the Orlando attacks to mourn the victims.

On Monday, June 13, Southwest Detroit leaders held a vigil at the Clark Park Bandstand, where the Latino community gathered to commemorate the victims of the tragedy.

Many killed and injured at Pulse were of Latino descent;  the nightclub was hosting a “Latino Night” celebration when the shooting occurred.

On Wednesday, June 15, a community gathering took place at the Geneva Presbyterian Church in Canton, where interfaith groups, including the Michigan Muslim Community Council, gathered to reflect on the tragedy.

In the Arab community, the Islamic House of Wisdom (IHW) in Dearborn Heights spearheaded a candlelight vigil and prayer for the Orlando victims on Thursday, June 16.

Dozens of Muslims turned out for the event immediately after they broke fast to stand in solidarity with the victims of the tragedy.

Imam Mohammad Elahi, leader of the IHW, heavily condemned the massacre and the media’s portrait of Islam in an interview with The AANews.

He said condemning the attack on paper was not enough, warranting the mosque to hold a vigil that would stand in solidarity with the victims.

“We called for a candlelight vigil to officially denounce the crime and show Islamic compassion, love and mercy, not only for the victims of Orlando, but all victims of hate, extremism and terrorism everywhere,” Elahi said. “We did this because of our Prophet Muhammad was a messenger of mercy for all of mankind. We did it because Ramadan is a month of mercy and compassion, a month of prayer and forgiveness.”

Elahi stated that the media is using the incident to further promote an agenda against Islam.

“Unfortunately, the media was very unfair in this situation and used the Orlando tragedy as another instrument of Islamophobia,” Elahi said. “They’ve been exercising more injustice against Islam and more justification for violation of American Muslims’ constitutional rights and religious freedoms.”

Elahi pointed out that the media has overlooked the Bible’s stance on homosexuality.

“As a matter of fact, it’s the Bible that says homosexuals must be stoned to death,” Elahi said. “Nowhere in the Quran does it say such a statement. These hypocrites don’t mention the fairness of the Quran, and they ignore what the Bible clearly says.”

Elahi further elaborated on Islam’s stance on homosexuality, stating that even though it’s a sin, it doesn’t grant anyone the right to execute someone based on his or her lifestyle.

“Even if we disagree with something, we have no right to judge and become a jury, and execute and take lives in our hands,” Elahi said. “You cannot fight a sin with an even bigger sin. We are against violence and terrorism. The act of murdering is even more sinful than the act of homosexuality.”