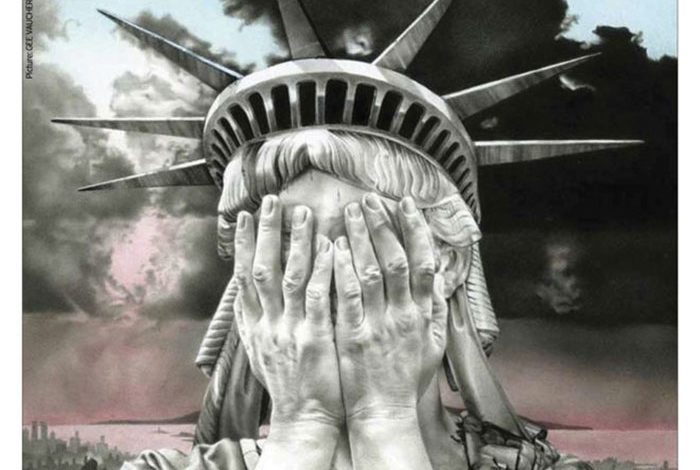 WASHINGTON — World leaders offered to work with Donald Trump when he takes over as U.S. president, but expressed anxiety over how he will handle problems from the Middle East to an assertive Russia and whether he will carry out a number of campaign threats.

Several authoritarian and right-wing leaders hailed the billionaire businessman and former TV show host, who won the leadership of the world’s most powerful country against the odds in Tuesday’s election.

China, a target of Trump’s ire during his campaign, appealed for cooperation. Mexico also struck a conciliatory tone, despite Trump’s insults to Mexican migrants and pledges to build a wall to separate the two countries. South Korea urged him not to change policy on North Korea’s nuclear tests.

Trump, who has no previous political or military experience, said after defeating Democrat Hillary Clinton that he would seek common ground, not conflict, with the United States’ allies.

In the election campaign, he voiced admiration for Russian President Vladimir Putin, questioned central tenets of the NATO military alliance and suggested Japan and South Korea should develop nuclear weapons to shoulder their own defense burden.

Putin was among the first to send Trump congratulations.

Ties between Washington and Moscow have become strained over the conflicts in Ukraine and Syria and allegations of Russian cyber attacks featured in the election campaign.

“It is not an easy path, but we are ready to do our part and do everything to return Russian and American relations to a stable path of development,” said Putin, for whom an easing of U.S. economic sanctions would be a prize.

Among other issues causing concern from allies are Trump’s vows to undo a global agreement on climate change, ditch trade deals he says have been bad for U.S. workers and renegotiate the nuclear accord between Tehran and world powers which has led to an easing of sanctions on Iran.

Iran urged Trump to stay committed to the Iran deal. President Hassan Rouhani said the nuclear accord with six world powers could not be dismissed by one government.