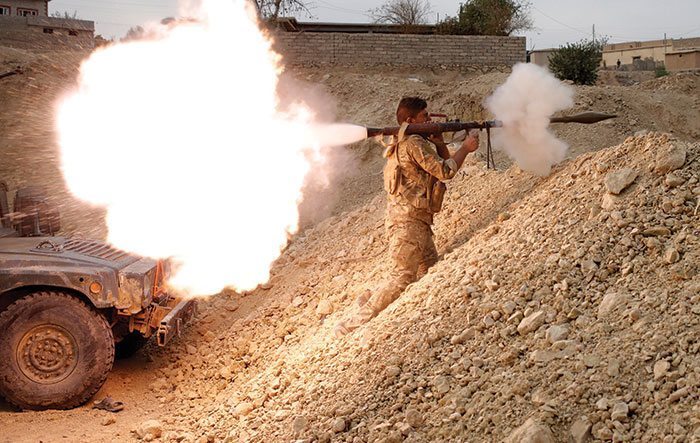 BAGHDAD — Iraqi security forces are preparing to advance toward Mosul airport on the city’s southern edge to increase pressure on ISIS militants fighting troops who breached their eastern defenses, officers said on Thursday.

The rapid response forces, part of a coalition seeking to crush the terrorists in the largest city under their control in Iraq or Syria, took the town of Hammam al-Alil, just over 10 miles south of Mosul, on Monday.

Officers say they plan to resume their advance north, up the western bank of the Tigris River towards the city of 1.5 million people who have lived under the terrorists for more than two years.

More than three weeks after the U.S.-backed campaign to retake Mosul was launched, the city is almost surrounded by the coalition of nearly 100,000 fighters. But troops have entered only a handful of neighborhoods in the east of the city.

“We need to put wider pressure on the enemy in different areas,” said Major-General Thamer al-Husseini, commander of the elite police unit which is run by the Shi’ite-controlled Interior Ministry.

He said operations would resume within two days.

Lieutenant-Colonel Dhiya Mizhir said the target was an area overlooking Mosul airport, which has been rendered unusable by ISIS to prevent attackers using it as a staging post for their offensive.