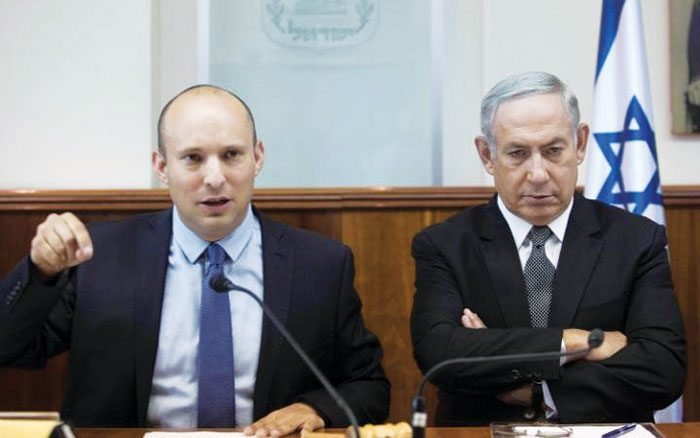 Donald Trump’s election victory means the Palestinian people will never have a state of their own, right-wing Israeli government education minister Naftali Bennett has said.

He hailed the demise of a “two-state solution” in the Middle East.

Bennett is an advocate of expanding Jewish illegal settlements in the West Bank, which amount to an apartheid system.

Many Israeli settlers expect Trump will end decades of U.S. opposition to settlement building and may give the green light for Israel to annex large portions of the West Bank.

Bennett leads one of several Right-wing parties within Benjamin Netanyahu’s governing coalition and he urged the Israeli prime minister to use Trump’s win as a chance to recant on Israel’s commitment to allowing a Palestinian state.

“Trump’s victory is an opportunity for Israel to immediately retract the notion of a Palestinian state in the center of the country, which would hurt our security and just cause,” Bennett said.

While Mr Bennett serves in Netanyahu’s government the two men are political rivals and the statement was widely seen as an effort to pressure the prime minister into adopting a more pro-settler position.

Netanyahu gave no hint of his plans in a short statement congratulating Trump and calling him “a true friend of the state of Israel.”

The Palestinian president, Mahmoud Abbas, also congratulated Trump and said he hoped “that peace will be achieved during his term.”