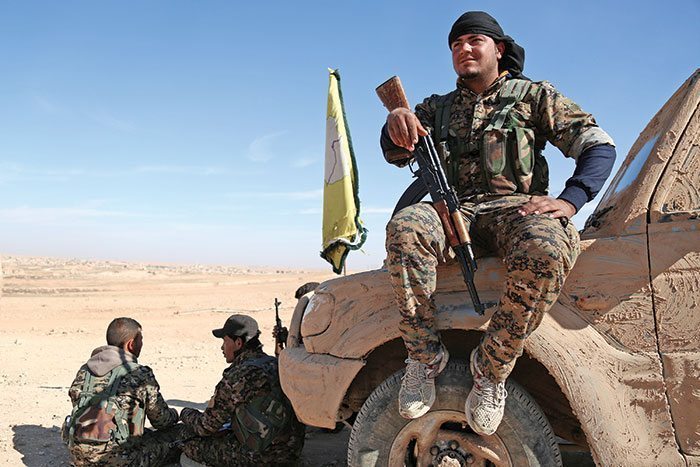 DAMASCUS — A U.S.-backed advance on Raqqa, ISIS de facto capital in Raqqa, was being hampered by a sandstorm on Thursday, a commander of the Syrian Democratic Forces (SDF) said.

“The situation is dangerous today because there is no visibility due to a desert sandstorm,” the commander said, speaking on condition of anonymity.

“We fear that Daesh will take advantage of this to move in and launch a counter-attack.”

Speaking in Ain Issa, the main staging point for the operation some 30 miles north of Raqa, the commander said the sandstorm was also impeding visibility for warplanes from the U.S.-led coalition backing the offensive.

Fighters in the area were covering their faces with scarves and journalists were being prevented from going to the front.

Supported by coalition air strikes, the SDF launched the offensive on Saturday, upping pressure on the terrorists who are also battling Iraqi forces in their bastion of Mosul.

The SDF, an alliance of Kurdish and Arab forces, has been pushing south from areas near the Turkish border towards Raqqa, seizing a string of villages.

Reports of splits between Arab and Kurdish SDF fighters also emerged on Thursday.