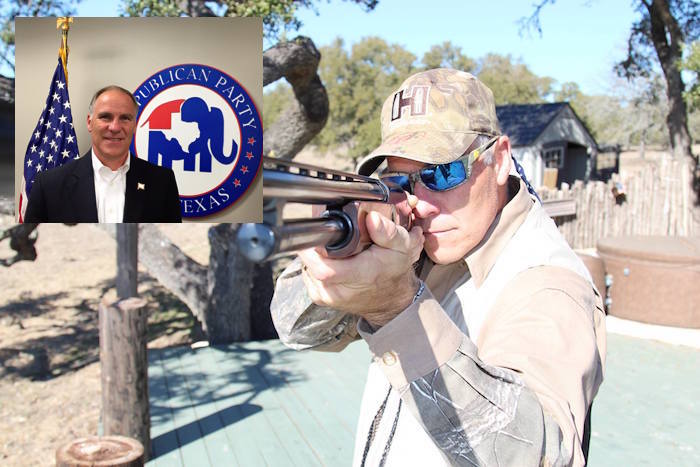 TEXAS – Texas Muslims have taken offense to a letter from a State Rep. that surveys their beliefs and questions if they support radical Islam.

He sent a letter to mosque leaders and Muslim student associations across the state, asking them to fill out a poll about their beliefs.

In a letter dated Jan. 11 and signed by Biedermann, Muslim Texans were asked to state “whether they support efforts to designate the Muslim Brotherhood as a foreign terrorist organization,” the “Declaration of Muslim Reform Movement” and asks them to pledge the safety of former Muslims who decided to leave the religion.

The results of the poll would be shared with Texas elected officials.

Following backlash from the letter, a rep for the State Rep said his intent was “to thoroughly understand the critical threat of radical Islamic terrorism in Texas.”

The letter appears to be backed by local mayors and Texas patriotic groups.

In a separate letter to Biedermann, the group called his survey “misleading and intimidating.”

“It’s shocking that a few legislators — and it really does seem to be a few — insist on trying to marginalize [Muslims] session after session and try to keep them boxed into only being relevant on issues where it’s their identity that’s at stake,” Moorhead said. “It’s so disrespectful.”

On Jan. 26,  Biedermann plans to unveil the results of a survey at a Homeland Security summit.

Muslim Texans were asked to state whether they support efforts to designate the Muslim Brotherhood as a foreign terrorist organization and asks to pledge the safety of former Muslims who decided to leave the religion.

Muslims from around the state are expected at the state Capitol for Texas Muslim Capitol Day, on January 31.

Rep. Molly White, R-Belton, left instructions for her staff to ask Muslim visitors to her office on Texas Muslim Capitol Day to declare allegiance to the United States.

“I did leave an Israeli flag on the reception desk in my office with instructions to staff to ask representatives from the Muslim community to renounce Islamic terrorist groups and publicly announce allegiance to America and our laws,” White posted on Facebook at the time. “We will see how long they stay in my office.”