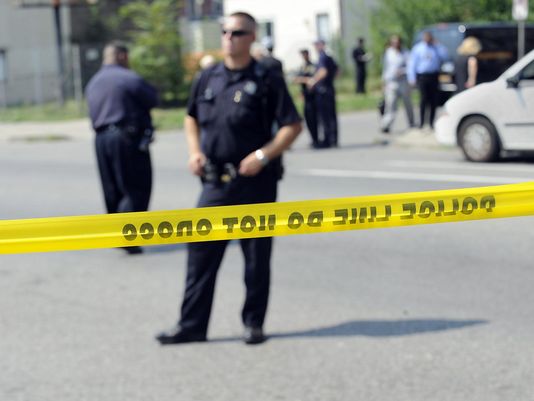 DETROIT- Police are investigating the execution of a father in front of his son’s school in southwest Detroit on Wednesday morning.
Police said, after he dropped his son off and the boy entered Mark Twain Elementary School, the father was shot in the head by a suspect who was sitting in the backseat of a victim’s car.
The suspect ran away after the shooting.
“It’s very disturbing,” Detroit Police Chief Craig stated at a news conference outside the school. “We are going to do everything we can. We’re confident that we’re going to bring some closure to this.”
Craig said police have some witnesses.
Parent Latrice Lee, 22, told the Free Press that her 4-year-old son is in the same class as the victim’s child. She said she arrived at the school at around the same time the ambulance did.
“I just can’t believe that someone would do this at a school, where there’s plenty of kids. (He) may have shot the bullet and it may have gone somewhere else,” Lee said.
After finding out what happened, she decided to take her son home.
“I just wanted to get him out of school and go home,” Lee said.