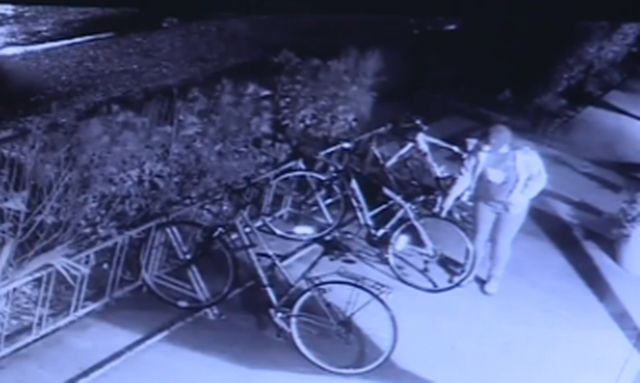 DAVIS, CA – Early Sunday, a woman vandalized the Islamic Center of Davis— shattering six window panes, placing uncooked bacon on the door handle and destroying two bikes— between 3:45 a.m. and 4 a.m.
The vandalism is being investigated as a hate crime, police said.
According to the Davis Police Department, the woman used an “unknown type device” to smash the window panes.
The Council of American-Islamic Relations-Sacramento Valley said in a statement that it is urging federal officials to inspect the crime.
“We ask state law enforcement authorities and the FBI to investigate the apparent bias motive for this vandalism and to bring the perpetrator to justice,” CAIR-SV Executive Director Basim Elkarra said. “The swift apprehension and punishment of those responsible for this act of religious intimidation will send the message that the growing Islamophobia we are witnessing in our nation will not be tolerated or ignored.”
Imam at the mosque said the video footage proved the woman had a clear motive.
“We did see the video and she seems well planned. She knew what she was doing exactly. She wasn’t drunk,” Ammar Shahin of the Islamic Center of Davis said. “She was very clear on what she was doing. She was just trying to cause damage to the mosque. Leaving the bacon on the door was a clear sign for us that because we don’t eat bacon, so she just wanted her money, kind of. She is telling us this is a sign for you guys.”