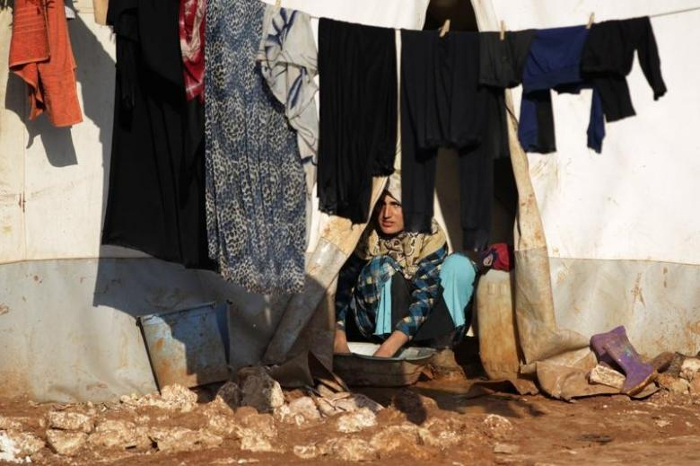 A displaced Syrian woman inside her tent at a refugee camp in northern Aleppo. -Reuters

WASHINGTON – Saying Europe had made a tremendous mistake by admitting millions of refugees from Syria and other Middle Eastern trouble spots, Trump told ABC News in an interview: “I don’t want that to happen here.”

“I’ll absolutely do safe zones in Syria for the people,” he added, without giving details.

According to a document seen by Reuters on Wednesday, Trump is expected to order the Pentagon and the State Department in coming days to craft a plan for setting up the “safe zones,” a move that could risk escalation of U.S. military involvement in Syria’s civil war.

The draft executive order awaiting Trump’s signature signaled the new administration was preparing a step that Trump’s predecessor, Barack Obama, long resisted, fearing the potential for being pulled deeper into the bloody conflict and the threat of clashes between U.S. and Russian warplanes over Syria.

“The Secretary of State, in conjunction with the Secretary of Defense, is directed within 90 days of the date of this order to produce a plan to provide safe areas in Syria and in the surrounding region in which Syrian nationals displaced from their homeland can await firm settlement, such as repatriation or potential third-country resettlement,” the draft order said.

Creation of safe zones could ratchet up U.S. military involvement in Syria and mark a major departure from Obama’s more cautious approach. Increased U.S. or allied air power would be required if Trump chooses to enforce “no fly” restrictions, and ground forces might also be needed to protect civilians in those areas.