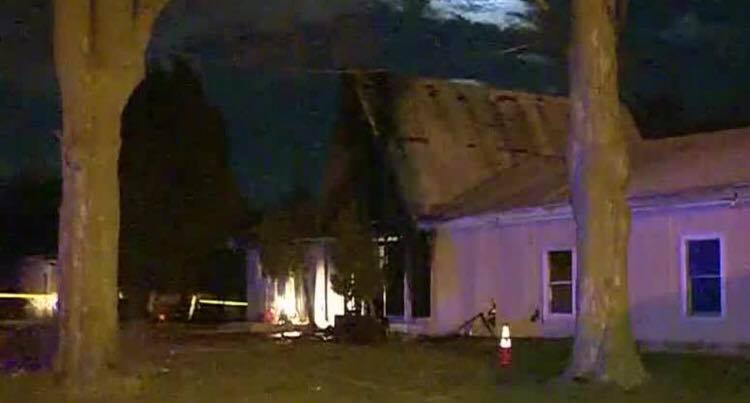 Screenshot of fire at the Islamic Center of Ypsilanti

YPSILANTI- Federal officials are investigating a fire at the Islamic Center of Ypsilanti on Saturday that could possibly be a hate crime, according to police.

Pittsfield Township Fire Chief Sean Gleason told MLive that firefighters received numerous calls reporting a house fire, but they reached the scene only to find the mosque on fire. He said they extinguished it rapidly.

There were no injuries reported and no one was at the center at the time.

Gleason said officials called in the Bureau of Alcohol, Tobacco, Firearms and Explosives to investigate.

“We’re not excluding it possibly being a hate crime,” Schick said.

Michigan’s Council on American-Islamic Relations (CAIR) released a statement on Sunday and offered a $1000 reward on information that leads to an arrest.

“We urge state and federal agencies to use their full resources to investigate this fire to determine a cause and, if it is determined to be arson, a possible motive,” CAIR-MI Executive Director Dawud Walid said. “Anyone who has information about this fire, or saw anything suspicious at the time of the blaze, should immediately contact law enforcement authorities.”

Both chiefs noted that a fire damaged an empty home on the same street on Feb. 27.

Gleason said they still don’t know the cause of the Feb. 27 fire.