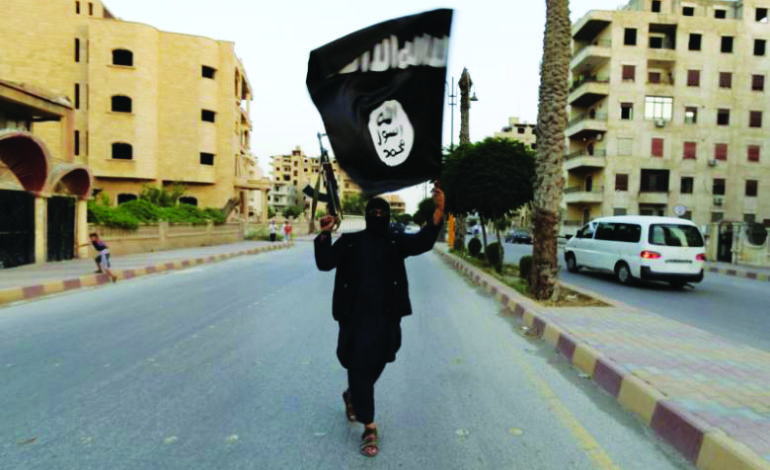 A ISIS militant waves a flag in Raqqa - Photo by Reuters

LONDON — ISIS militants are developing their own social media platform to avoid security crackdowns on their communications and propaganda, the head of the European Union’s police agency said on Wednesday.

During a Europol-coordinated crackdown on ISIS and al-Qaeda material, which involved officials from the United States, Belgium, Greece, Poland and Portugal, more than 2,000 extremist items were identified, hosted on 52 social media platforms.

Jihadists have often relied on mainstream social media platforms for online communications and to spread propaganda, with private channels on messaging app Telegram being especially popular over the past year.

Technology firms, such as Facebook and Google, have come under increasing political pressure to do more to tackle extremist material online and to make it harder for groups such as ISIS to communicate through encrypted services to avoid detection by security services.

However, Wainwright said that IS, by creating its own service, was responding to concerted pressure from intelligence agencies, police forces and the tech sector, and were trying to found a way around it.

“We have certainly made it a lot harder for them to operate in this space, but we’re still seeing the publication of these awful videos, communications operating large scale across the Internet,” he said, adding he did not know if it would be technically harder to take down ISIS’ own platform.