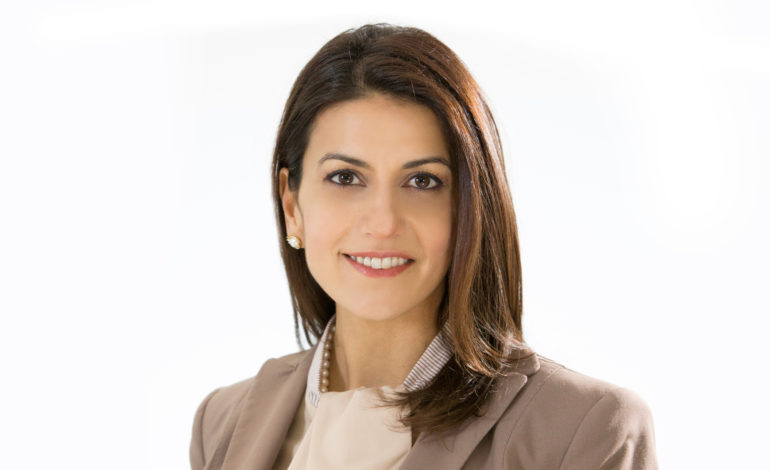 “Mariam Bazzi’s commitment to her community and the law makes her a natural pick for the Wayne County Circuit Court,” Snyder said in a statement. “Mariam brings with her to the bench years of experience in complex areas of the law and a proper understanding of the role of the judiciary. I am confident her exemplary service to Wayne County will continue in her new role.”

Bazzi, 38, of Dearborn, has been an assistant prosecuting attorney in Wayne County since 2006, and is currently the lead attorney of the Deed and Mortgage Fraud Task Force, specializing in complex mortgage and real property-related fraud.

She has handled criminal cases for Wayne County for the trial division and has been assigned to multiple district courts in the county, handling felony and misdemeanor matters.

Bazzi also currently serves as the president of the Dearborn Board of Education and chair of Henry Ford College’s Board of Trustees. At press time, she hadn’t yet submitted her resignation.

She told The AANews part of her duties on the school board included conducting disciplinary hearings in which she and the remainder of the board would have to make decisions after listening to students, staff and administration. When reaching decisions on discipline, she stated the board always took great care in balancing what would protect the students in the district with what was in the best interest of the student before them. She said she would use that same thought process on the bench.

When asked about a what she would take into consideration for a sentencing, she stated “understanding a defendant’s personal experiences and background are important factors to be considered in determining what the most equitable sentence would be.”  Such as when a defendant with a history of drug habits is tried for a crime, she said offering assistance to address the root of the problem could be a more just answer than merely a jail sentence.

As an Arab American judge, Bazzi said she can recognize cultural nuances that could mean something different for non-Arab Americans. For example, avoiding eye contact often reflects that an individual might not be truthful. In some cultures, however, that is considered a sign of modesty and respect.

“Increasing the diversity of the bench is important because it ensures that conversations can organically happen that may ultimately lead people to understand each other and different cultures better,” she said. “Having a better understanding of each other is an important part of being able to reach decisions that are fair and equitable to all the parties involved.”

Bazzi thanked the community she served for giving her the trust and encouragement she needed to succeed.

“The support has been incredibly humbling,” she added.

Bazzi is a member of the Michigan Middle Eastern Affairs Commission, the Governor’s Environmental Justice Task Force, the Dearborn and Dearborn Heights League of Women Voters and the was president of the Arab American Political Action Committee from 2010 to 2014.

She is a member of the State Bar of Michigan and Wayne County’s Government Bar Association. She was a participant in the Harvard Young American Leadership Program in 2016.

She began her career at the Law Offices of Hamood, Runco & Fergestrom as a law clerk and was later hired at the Wayne County Prosecutor’s Office.

Wayne County Prosecutor Kym Worthy, whom Bazzi worked for during her tenure there, was thrilled to hear of Bazzi’s appointment.

“I was so happy when she told me today,” she commented on a Facebook post about the news. “And then I thought – how am I going to replace her? I hope sincerely that she goes to the criminal bench!!!”

She has not been assigned to a division yet, but said she expects to serve on the criminal docket.

She fills the vacancy created by the resignation of Judge Daphne Curtis.

Bazzi must seek election in November 2018 for the remainder of the term. She will need to again run in 2020 for a full term.

Bazzi is married to Abdul Bazzi, a director of IT at General Motors. She has three children, who are Dearborn Public School students in the second, fourth and seventh grades. γ