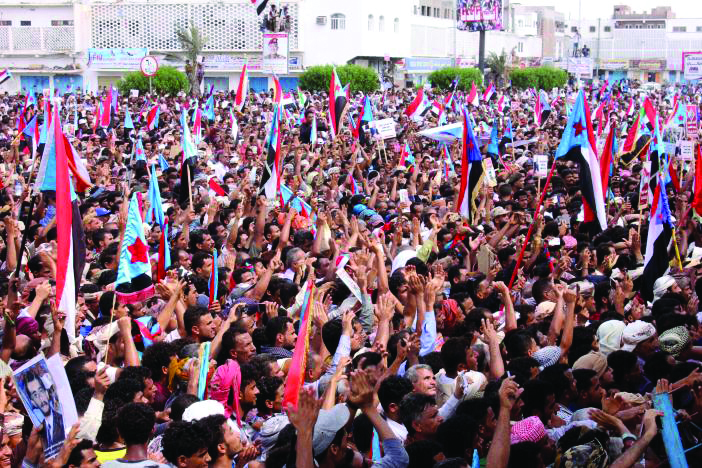 ADEN — Tens of thousands of Yemenis protested in Aden on Thursday against President Abd-Rabbu Mansour Hadi’s discharging of the provincial governor and a cabinet minister widely praised for helping drive Houthis from the city in 2015.

The two men discharged, Aden provincial governor Aydaroos al-Zubaidi and cabinet member Hani bin Brek, are both seen as supporting separatism for southern Yemen, while Hadi is determined to tighten his grip over a unified country.

Zubaidi was one of the leaders of the Southern Resistance that helped expel the Houthis from his city.

Diplomats and some analysts say Hadi is uncomfortable with the fact that among the forces trained and supported by the United Arab Emirates are some pro-secessionist fighters.

Protester Hamed Faraj said many people believe that the dismissals show the president is caving in to pressure from the Islah party, Yemen’s branch of the Muslim Brotherhood, which also opposes the secessionist movement.

Zubaidi told the protesters that he intended to work with all parties to push for independence for the south.