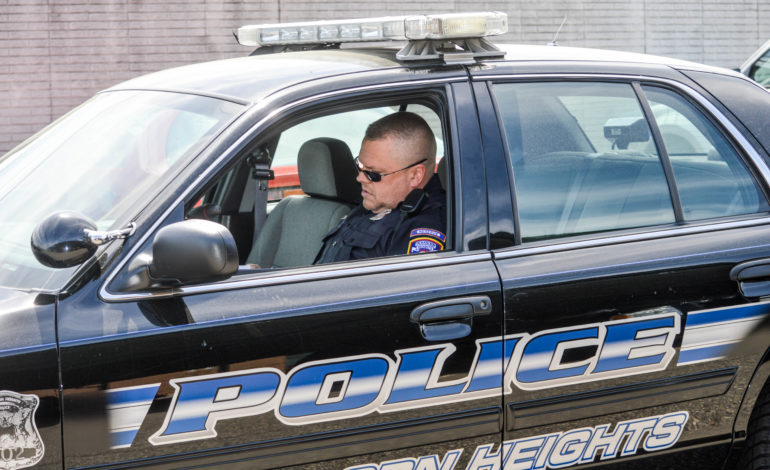 DEARBORN HEIGHTS — As the Arab American community continues to grow in Dearborn Heights, the city hopes to recruit more representatives to its police department.

Recently, a fourth Arab American was added to the police force, which comprises 82 police officers in total.

“We’ve had meetings [about this issue],” he told The AANews. “Right now, in all the law enforcement agencies in the area, there are a total lack of applicants…Our young people are not getting into law enforcement.”

Gavin said he’s on a few advisory committees at Henry Ford College and the students there would rather apply to a federal agency like border patrol or homeland security.

Gavin said Arab Americans in Dearborn or Dearborn Heights would rather not be involved with their families in a law enforcement environment.

“With [Arab Americans] having large families, they’re always going to run across a family member… be it a domestic situation, an accident, etc…,” he said.

He grew up in the city, so he knows how it feels to deal with friends and other acquaintances. However, he said it’s a job like any other job that needs to be performed properly.

Former Councilman Tom Berry said it should be the least of Arab Americans’ concerns because the only reason they’d be pulling over someone is for misdemeanors.

City Councilman Dave Abdallah also stressed that they need to realize that it’s about safety— not a form of punishment.

Abdallah answered rhetorically that doing that only stops the driver from hurting himself/herself and others on the road.

He said Arab Americans need to think of the benefits of being police officers and of their service to the community and the country that gives so much to them.

He added that the lack of Arab American applicants does also connect to an ambition for higher paying jobs.

According to Berry, many community members don’t find being a police officer a good career for them.

“I believe they are misled,” he said. “It’s a credible career and I would encourage more of our Arab American youth, both male and female, to apply. We all contribute to society in different levels and it’s important that at every level of society, we have people representing us.”

Lebanese American Officer Roni Khouri, 38, immigrated to the U.S. 19 years ago. He said he had always wanted to become a police officer and has wanted to give back.

“This country has offered me and provided me more than any other country in the world,” he said.

Khouri started his police career in River Rouge. After a few years, he decided to transfer to Dearborn Heights, where he said he felt immediately welcome.

He said a lot of Arab Americans fear the police academy commitment, but they shouldn’t.

“You just have to pass it,” he said. “It’s like everything else in life.”

Other than loving the job, he discussed the pros.

He said that police officers work 15 days out of the month, 12 hours a day, and then have 15 days off.

“It’s one of the best departments,” he said. “If you get hired in Dearborn Heights, it’s a big deal.”

According to Gavin, candidates must be at least 18-years-old, own a valid Michigan driver’s license and have finished 60 hours of college credits in criminal justice.

However, those who have not completed them need to submit proof of employment as a full-time police officer. Three years of full-time employment equates the 60 credits, since each year substitutes 20 college credits.

Applicants also need a copy of their MCOLES (Michigan Commission on Law Enforcement Standards) physical agility certification or have to be registered for the upcoming examination at the time of application. This involves a police academy.

“Policemen are licensed by the state and we have to go through their academy,” Gavin said.

Police schooling lasts around four months and costs around $6,000.

Applicants also need to have their Empco, Inc. test score or proof of registration for the exam. Empco, Inc is a Michigan-based company that offers testing services for public safety and municipal government agencies.

The official application must be submitted in person to the department and can be found online.

To make it easier on upcoming high school graduates who are hesitant about becoming police officers, Mayor Dan Paletko told The AANews that the city plans to launch a cadet program that allows them to work part-time at the department and learn about the job.

“We want the people who work for the city to be more reflective of the people who live in the city,” he said. “We’ve made numerous attempts… But, we need to do more.”

The mayor said the program will kick off this fall and then recruit students to work with police after graduation.

He also said a cadet program 30 years ago succeeded in attracting candidates, so this could be a solution.

What’s great about the program, according to Gavin, is that it gives students an opportunity to try it out and opt out if they find themselves no longer interested in becoming a police officer.

The mayor added that he believes this program will significantly increase the department’s diversity.

Berry also conveyed his anticipation for the program and his faith in it.

“Hopefully, this program will help nurture our youth to gain an interest in policing,” he said.