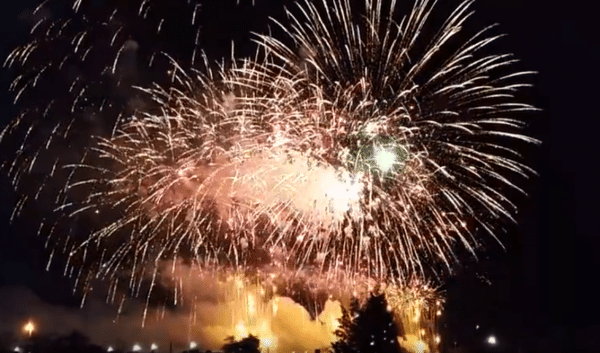 The Fourth of July has passed, but the community’s celebratory faults haven’t,  as “war zone” sounds persistently reappear over the years.

Dearborn’s patriotism shines bright on Independence Day. However, community members launch dangerous fireworks in between houses and throughout neighborhoods— disregarding the potential dangers, including injuries and fires.

Residents bought fireworks worth thousands of dollars and put on a show unlike those in any other city, instead of keeping it simple and letting the professionals take the lead.

This type of careless spending and lack of awareness and control does not aid our community; it tarnishes Dearborn’s image.

According to the police, this year’s celebration was a little bit better than last year’s, but that doesn’t mean it wasn’t a nuisance or worrisome to many.

Social media users took to Facebook and Twitter to express their irritation as well as to discuss their children’s and pets’ fears.

State and local law specifies that consumer fireworks— the type sold at most stores and street stands— can only be fired off on the day before, the day of and the day after a national holiday. They are not allowed to be used on public properties, including public streets, sidewalks, parks, parking lots or within 500 feet of a gas station, within 25 feet of a building or within 20 feet of a property line.

In addition, they cannot be ignited or launched in any way that could possibly reach someone else’s property without the permission of the owner.

Few of these laws were strictly followed, as many neighbors complained that fireworks were launched onto their front lawns or into their backyards, throughout the night.

Police said one home could have caught fire, but luckily the firecracker landed in a bush outside and the homeowners were quick to put it out before the fire spread.

Carelessly launching fireworks in the middle of the night, whether at properties or in public spaces, is not a patriotic act; it’s just reckless.

Instead of spending thousands on fireworks, community members should use their resources to invest in the betterment of the city and its institutions. They— and all Americans— should continue to strive to achieve the promise of the Declaration of Independence, a goal we have not completely reached.