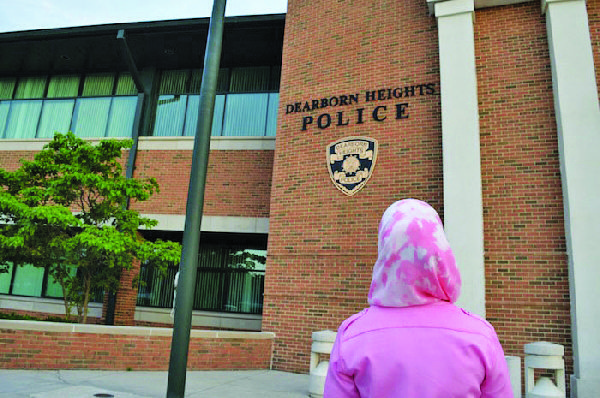 DEARBORN HEIGHTS — Debbie Schlussel, an attorney known for her anti-Muslim rhetoric, filed a lawsuit against Dearborn Heights and its officials on May 15 for being denied access to booking photos and videos of resident Malak Kazan without her hijab. 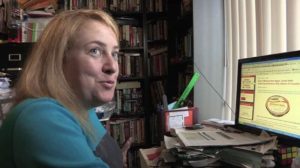 Police had arrested Kazan for driving on a suspended license on July 9, 2014. She was then forced to take off her hijab for her mug shot and was allegedly told she couldn’t put it back on while in custody, as part of the department’s policy.

In 2015, Kazan made national headlines when she filed a lawsuit against the Dearborn Heights Police Department, claiming that it had violated her civil rights.

Both parties agreed to settle it out of court, which led to several months of discussions and an ultimate resolution. The police department established a hijab policy for Muslim women that permits them to keep their hijabs on during the booking process, allows their search and pat down to be performed by female officers and provides them with special clothing as well as headwear that covers their hair while in custody.

She calls it “sharia law”

In her lawsuit, a copy of which was obtained by The AANews, Schlussel argued that she was denied access to the booking photos and videos because she’s female, born in the United States and is of Jewish ethnicity and religion. She named the city of Dearborn Heights, Mayor Dan Paletko, the police department, Police Chief Lee Gavin and Corporation Counsel Gary Miotke, citing discrimination.

According to the lawsuit, the right-wing Zionist filed a Freedom of Information Act (FOIA) request on March 26, 2016 for copies of every booking photo and video taken by the police department of Kazan without a hijab on, any other police videos of her and dash camera footage of her arrest.

It claims Miotke denied her copies of photos showing Kazan without her hijab and complete video footage of her booking and arrest, citing a “right to privacy.”

Schlussel argues that the hijab policy is a “form of sharia” that “violates Michigan law and should be declared invalid” and also claimed that defendants created a “discriminatory, unlawful FOIA policy” because the only booking photos of Muslim women available to the public are of those who wear the hijab.

On November 5, 2014, Kazan’s attorney, Amir Makled, filed an identical FOIA request, which the police department approved. Schlussel claims that he was charged $15, while she was charged $24 and received less material because she is non-Muslim.

She argues that his request was approved because he is male, Muslim and of Arab ethnicity, and because he was allegedly born in Lebanon.

“After all, he is of the preferred religion, gender, ethnicity, and national origin under Islam,” she wrote in a blog entry entitled “Schlussel Sues Dearbornistan Hts to STOP Sharia, Discrimination Against Non-Muslims; HOW YOU CAN HELP” on her website.

However, Makled’s request came before the hijab policy had been implemented, while Schlussel’s came after.

Miotke’s motion also discloses that he was not the person who had granted Makled’s request, which is “notably absent from the allegations in the complaint.”

“As applied to this case and the instant motion, Schlussel must demonstrate through the allegations in her complaint that she was comparable to Makled with respect to their individual FOIA requests in all relevant respects,” he argued. “She must show that the circumstances surrounding her request and the circumstances surrounding Makled’s request were nearly identical.”

Miotke, who is representing himself, challenged Schlussel’s nine claims in his motion.

“The Michigan Court of Appeals has repeatedly ruled, including in three published decisions, that there is NO right to privacy in booking photos a/k/a mug shots,” Schlussel wrote on her blog. “The City of Dearbornistan Heights and its officials and lawyers know this, but they don’t care. Islamic law a/k/a sharia rules supreme there. And that’s why my lawsuit needed to be filed.”

Calling Dearborn Heights “Dearbornistan Heights” is Schlussel’s attempt to label it as a Muslim city. However, the suffix “stan” actually means “place of” in Persian and Urdu— and has nothing to do with Islam. She also calls Dearborn “Dearbornistan” when using Anti-Muslim rhetoric against the city and its residents.

She wrote in her blog post against Dearborn Heights that she wants to “fight the encroachment of Islam on America.”

“I’m doing it, though, through this and other lawsuits and many other things I’ve done that you’ve read about on this site over the years,” she said.

Mayor Dan Paletko told The AANews he is proud of the hijab policy and that the city established it lawfully. He called it a “protection of people’s religious rights under the First Amendment”, since it bans restriction of religious practices.

As for Schlussel’s FOIA request, he sees it as a harassment of the city and its residents.

Miotke told The AANews that the lawsuit is groundless.

“I am my own defense,” he said. “I’ve taken a pretty aggressive task because I consider this lawsuit to be baseless and borderline and frankly frivolous.”

Jeffrey Clark, an attorney with Cummings, McClorey, Davis & Acho, P.L.C., is defending the city, the police department, Paletko and Gavin.

Judge Gershwin A. Drain of the United States District Court for the Eastern District of Michigan will be deciding this case.

“We embrace and respect our diversity,” Paletko said. “We think that’s what makes Dearborn Heights a strong community… I want all the residents to feel very comfortable and [to know that] we got their backs.”