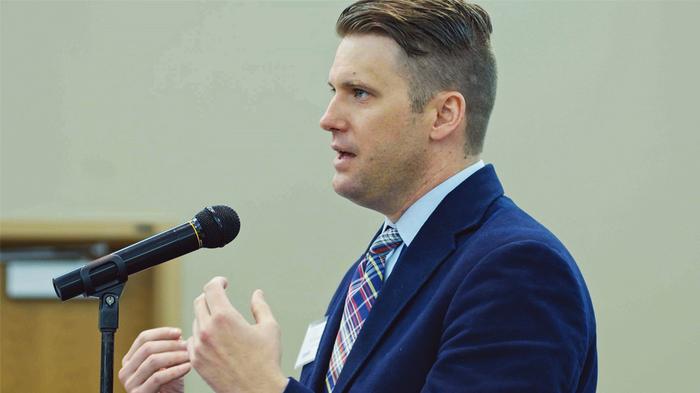 ANN ARBOR ― The University of Michigan has received a request to have white nationalist speaker Richard Spencer speak on campus.

On Tuesday, Oct. 31, Cameron Padgett, a representative from Spencer’s National Policy Institute, sent the university an email request seeking to reserve a venue, U of M Spokesman Rick Fitzgerald confirmed.

“The university will carefully consider this request, paying close attention to the safety and security of our community,” Fitzgerald said.

Spencer’s National Policy Institute recently was denied a request to speak at Michigan State University and has since sued the university in federal court.

MSU’s denial was made following a rally in Charlottesville, Va., during which protesters rallied against plans by the city to remove a statue of Confederate General Robert E. Lee.

Spencer spoke at the rally, which later turned violent, with clashes between the white nationalists and counter protesters. One woman died and 19 were injured when a man with views sympathetic to Nazis plowed his car into a group of counter protesters.