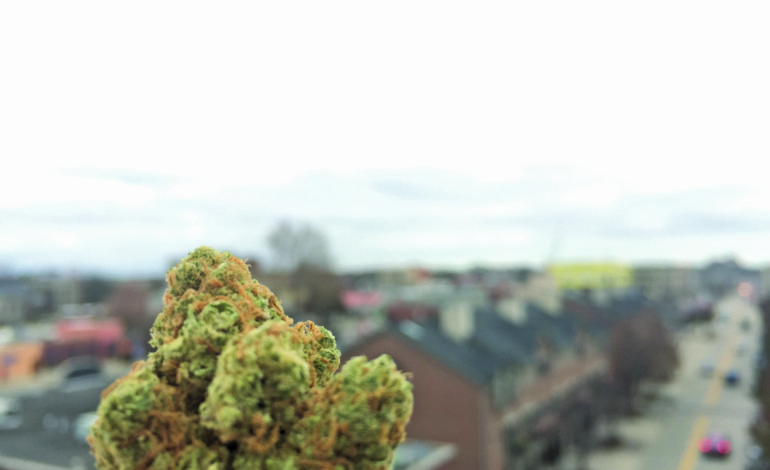 LANSING — Next year Dearborn residents will vote, with the rest of the state, over the legalization of recreational marijuana. On Monday the group Mi Legalize turned in more than 360,000 signatures of voters who approved its proposal for the “Michigan Regulation and Taxation of Marihuana Act.”

“We are the first state in the Midwest to turn in enough signatures to add marijuana legalization to the statewide ballot,” MI Legalize told The AANews.

With the completion of the signatures, the group will successfully place its proposal on Michigan’s ballot next year, once the signatures have been verified. Michigan statute requirements depend on “the total number of votes cast for the office of governor at the last gubernatorial election. For statutes, valid signatures equaling 8 percent of this total are required,” according to Ballotpedia.org.

The proposal includes the ability for adults over the age of 21 to possess up to 2.5 ounces of Marijuana in public, or 10 ounces at home. The more than 6,500 word proposal includes many provisions and definitions within the act. The act will allow municipalities to decide, on their own, whether they want to have a marijuana store or not.

Section 13, part 1, of the proposal mentions the tax imposed on the substance.

The money generated will be put into the state treasury in a “marihuana regulation fund” that will provide money for medical marijuana research, specifically the effect it has on preventing veteran suicide and:

(d) 35 percent to the Michigan transportation fund to be used for the repair and maintenance of roads and bridges.”

The drive behind this act is also described in the proposal.

Some healthcare experts are worried about the implementation of legalization. For instance, would the drug be sold at pharmacies?

“I believe that in order for that to be successful, it would have to be part of a broader program for healthcare professionals to engage patients,” Ghada Abdallah, pharmacist and owner of the Park Pharmacy in Grosse Pointe Park, told The AANews. “Pharmacists would have to be able to have the opportunity to assist in prevention or to help people stop smoking if they want to stop. They would have to be reimbursed equally for selling marijuana as for prevention and treatment. Right now, that does not exist.

“It’s the same for opioids,” Abdallah added. “There are few options for pharmacists to help a patient wean off the opioid. And this is where I believe healthcare professionals have a real opportunity to help people. Where there is a huge gap in our healthcare system that needs to be addressed.”

Abdallah also said it’s possible for legalization to be beneficial.

“Decriminalization is a powerful tool that can help funnel resources from the money used in the drug war to treatment and prevention-which could be more effective,” she said. “Look at Portugal. They legalized heroin. The money that was previously used for the “War on Drugs” is now directed to prevention and treatment. And it seems to be working well for them.”

Abdallah expressly said she was not for or against the proposal at this time.

“They [health professionals] want to see their patients healthy, most people went into healthcare because they really want to make people’s lives better,” she said. “I don’t know what’s going to happen.”

Once the signatures are verified by the Board of Canvassers, the legislature can adopt it as law within 40 days. After that, it has to ability to create a new proposal of its own and let the two proposals go before the voters next year.