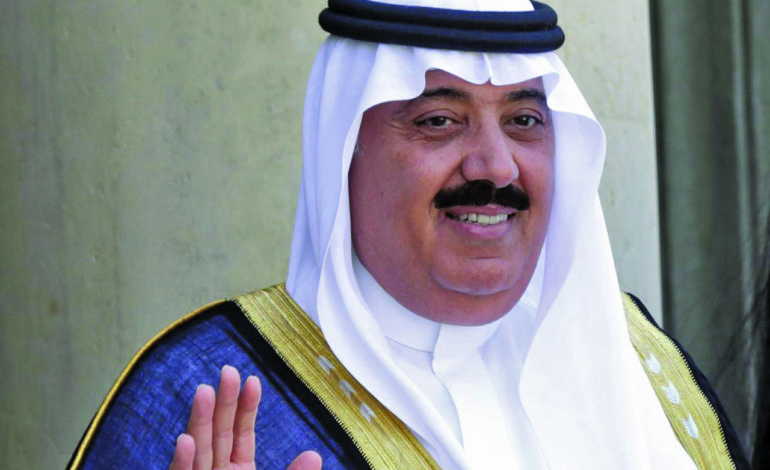 RIYADH — Saudi Arabia freed influential Prince Miteb bin Abdullah on Tuesday after agreeing to pay more than $1 billion to settle corruption allegations against him, a Saudi official said. Miteb was detained more than three weeks ago in a sweeping anti-corruption purge of the kingdom’s elite.

The former National Guard chief was among more than 200 princes, ministers and businessmen who were rounded up earlier this month, as Crown Prince Mohammed bin Salman tightens his grip on power.

Some analysts saw Prince Miteb’s removal as an attempt by Prince Mohammed, who is also Saudi defense minister, to consolidate his control over the security services.

Prince Miteb, 65, once seen as a contender to the throne, is the most high-profile royal to be released so far as the government appears to be striking monetary settlements with some of the detainees in exchange for their freedom.

The allegations, which include kickbacks, inflating government contracts, extortion and bribery, could not be independently verified.

The official, who is involved in the crackdown and spoke on condition of anonymity, said Miteb was released on Tuesday after reaching “an acceptable settlement agreement.” The official said he believed the agreed sum to be the equivalent of more than $1 billion.

“It is understood that the settlement included admitting corruption involving known cases,” the official said, without giving details.

According to the official, Prince Miteb was accused of embezzlement, hiring ghost employees and awarding contracts to his own firms, including a deal for walkie-talkies and bulletproof military gear.

Saudi authorities, who estimate they could eventually recover around $100 billion of illicit funds, have been working on reaching agreements with suspects detained at Riyadh’s luxurious Ritz Carlton hotel, asking them to hand over assets and cash in return for their freedom.

Apart from Miteb, the Saudi official said that at least three other suspects had finalized settlement agreements and that the public prosecutor had decided to release several individuals.

The prosecutor has decided to put at least five people on trial, the official said without disclosing their identities.

Many of the detainees have been held at Riyadh’s Ritz-Carlton hotel, which has been turned into a luxury prison. Prince Al-waleed refuses to settle, asks for access to his lawyer

The purge has triggered uncertainty among businesses that could lead to capital flight or derail reforms, experts say, at a time when the kingdom is seeking to attract badly needed investments to offset a protracted oil slump.

Other high-profile targets of the crackdown include billionaire Prince Alwaleed bin Talal, dubbed the Warren Buffett of Saudi Arabia.

The fate of the prince, chairman of investment firm Kingdom Holding 4280.SE and one of Saudi Arabia’s most prominent international businessmen, was not known. The Kingdom issued a statement earlier this month saying it was continuing to operate normally but has not responded to queries about his status since he was detained early this month.

Two Saudi sources told Reuters that Prince Alwaleed has so far refused to reach a settlement and had asked for access to his lawyer in order to fight allegations against him.