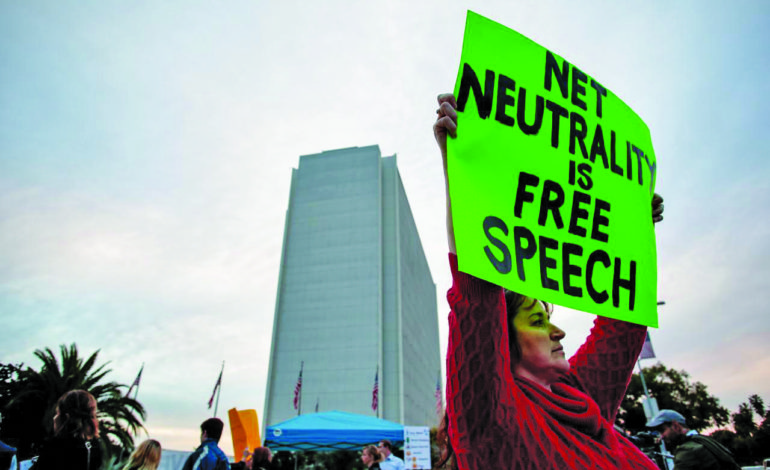 WASHINGTON — The Federal Communications Commission (FCC) voted along party lines on Thursday to repeal landmark 2015 rules aimed at ensuring a free and open Internet, setting up a court fight over a move that could recast the digital landscape.

The approval of FCC Chairman Ajit Pai’s proposal in a 3-2 vote marked a victory for Internet service providers such as AT&T Inc, Comcast Corp. and Verizon Communications Inc. and hands them power over what content consumers can access. It also is the biggest win for Pai in his sweeping effort to undo many telecommunications regulations since taking over at the agency in January.

Democrats, Hollywood and companies such as Google parent Alphabet Inc. and Facebook Inc. had urged Pai, a Republican appointed by President Trump, to keep the Obama-era rules barring service providers from blocking, slowing access to or charging more for certain content. The new rules give Internet service providers sweeping powers to change how consumers access the Internet, but must have new transparency requirements that will require them to disclose any changes to consumers.

Consumers are unlikely to see immediate changes but smaller startups worry the lack of restrictions could drive up costs or lead to their content being blocked.

Internet service providers say they will not block or throttle legal content, but may engage in paid prioritization. They argue that the largely unregulated Internet functioned well in the two decades before the 2015 order.