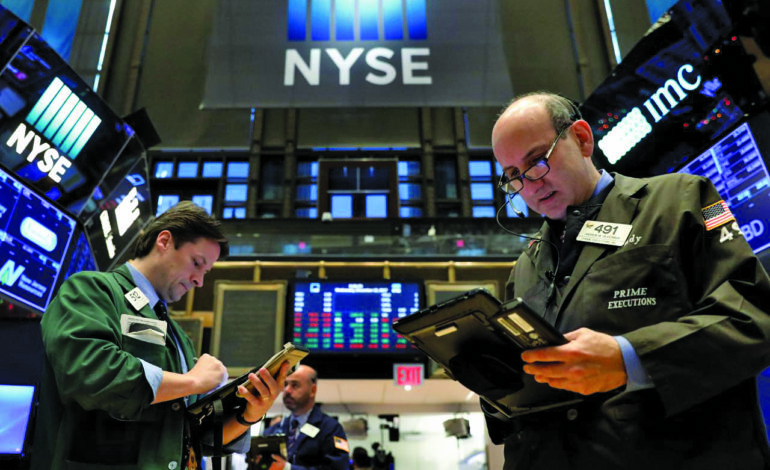 Traders work on the floor of the New York Stock Exchange in New York, Dec. 13 - Photo by Reuters

This was an interesting year that’s just passed, wasn’t it? And here’s the thing: I suspect 2018 will be just as intriguing.

Let’s start with some good news. The economy had a good year in 2017, seeing overall growth, subdued inflation, progress on wages and even some signs that economic growth is reaching the poor.

The question is whether this can continue. For one thing, the Fed has been raising interest rates and will almost certainly continue to do. Income inequality — a drag on the economy and a strain on our social structure — is accelerating. Equally worrisome is lackluster growth in productivity. And while the Trump administration pursued an active deregulatory course in 2017, it will slow in 2018, because one key statutory authority undergirding those decisions has expired.

I believe people will respond to leaders in both public and private life who focus on what’s working well in the country, who avoid war, who emphasize common ground and who are clearly devoted to the common good.

Two things that will certainly grow are the national debt and annual deficits; not only do policy-makers appear unwilling to rein them in, they actually are making policy decisions, like the tax bill, that do the opposite.

The nation’s politics, meanwhile, have been tumultuous and largely unproductive, and that will likely continue. I should point out that on the biggest political question of the year — what happens to President Trump — there’s not actually much to say. The Mueller investigation will drive a lot of the political agenda in 2018, but we’re mostly in the dark about where he’s headed. Whatever he finds and whatever actions he takes, however, will determine a lot of the politics of the country.

There has been no sign of a letup in political polarization; indeed, if anything, it’s been exacerbated over the past year, with conservatives moving to the right and Democrats becoming more left of center on issues like immigration, health care, welfare and race. The two parties will continue to be highly polarized. It used to be that both the Republicans and the Democrats held a mix of liberal and conservative views. That has changed. The wings are coming to define what is “mainstream” in both parties.

We’ve had an intensification of cultural divisions — President Trump has shown special interest in these issues, and a willingness to fan their flames. There’s nothing to suggest this will let up. This past year was filled with scandals related to sexual harassment and the place of women in society, upheaval over the alt-right and its White supremacist views, and a variety of resignations and political turnovers driven in no small part by voters’ cultural beliefs. I expect that volatility to continue.

In world affairs, President Trump has made “America First” his byword — a focus that has led to a worsening of relations with our key allies, especially Europeans. I don’t think that will improve in 2018. Given his approach to the Middle East, his nuclear brinkmanship on North Korea, his mysterious ambiguity toward Russia and his challenges to traditional U.S. policy and the global system the U.S. built and led for decades, there’s no reason to think that relations with key European and Asian allies will improve.

The dominant foreign policy issue — absent a crisis — will be our relationship with China. While I think it’s premature to believe that China will inevitably overtake the U.S. as the world’s leading power, its rise is a key historical phenomenon that will continue to play out in 2018. North Korea will remain the principal “hot spot.”

Yet while I see plenty of troubled and challenging times ahead in 2018, there are also real opportunities. I think voters are tired of polarizing politicians, which offers us a chance to look for leaders with consensus-building skills and to develop those skills ourselves, in all sorts of groups and organizations.

I believe there’s real interest in preserving a sense of opportunity for all Americans, a goal that is deeply ingrained in our country.

And for all the stresses and strains of the past year — and the upcoming one — I believe people will respond to leaders in both public and private life who focus on what’s working well in the country, who avoid war, who emphasize common ground and who are clearly devoted to the common good. Let’s hope 2018 proves me right.