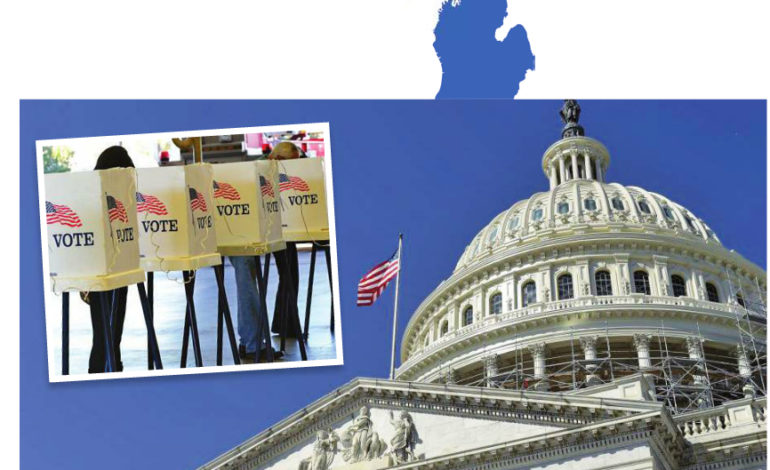 DEARBORN — This year, Michigan residents will have an opportunity to take part in setting new goals by shaking up the state’s leadership, as numerous critical offices in both Washington, D.C. and Lansing become open.

Senator Debbie Stabenow (D- Mich) is seeking a fourth term this year. So far, she’s expected to face one Democratic opponent and three Republican challengers in the primary election.

In November, voters will elect 14 representatives to Congress, one from each of Michigan’s Congressional districts.

U.S. Rep. Dan Kildee (D-Flint), who has held his position since 2013, is among those seeking re-election. Not all of Michigan’s Congressional delegation are, however.

U.S. Rep. Sander Levin (D-Royal Oak) announced in December that he would retire from Congress at the end of his current term and not seek re-election in 2018.

U.S. Rep. Dave Trott (R-Birmingham), known for his anti-immigrant stance, also won’t seek reelection this year. Instead, he plans to return to the private sector.

His retirement raises questions regarding the possibility that a Democrat could succeed him. The district has consistently voted Republicans into office and the race is expected to be a heated one.

“He’s not on their phones, not at their doors,” she said. “The most important thing is the relationship with the people that they [members of Congress] serve. People are really upset right now. They want change in leadership. They want someone who will go to Washington.”

The other two Democrats are State Rep. Tim Greimel (D-Auburn Hills) and Daniel Haberman, a businessman and attorney.

Republicans who have declared their intention to run include Kerry Bentivolio, a former U.S. representative and Lena Epstein, Michigan co-chair of the 2016 Trump presidential campaign, among others.

U.S. Rep. Debbie Dingell (D-Dearborn), who has represented her 12th District seat since 2015, doesn’t have any declared challengers as yet.

Conyers, who was first elected in 1965, was dean of the U.S. House of Representatives.

Voters will choose among Democratic and Republican candidates to replace Conyers in the primary and general elections in August and November; there won’t be a special election held any earlier.

The latter date will actually consist of two elections; one to fill out the remainder of Conyers’ term, the other to elect a successor.

Gov. Snyder, Secretary of State Ruth Johnson and Attorney General Bill Schuette are all term-limited, so their seats, currently held by Republicans, are open.

All 38 seats in the Michigan Senate will be up for election in 2018.

Hood can’t seek reelection because of term limits. Before his election to the Wayne County Commission in 2004, Woronchak was a state representative for six years. His commission district encompasses Dearborn, Allen Park and Melvindale.

In 2011, his fellow commissioners elected him chairman and he has retained the position ever since.

All 110 House seats Michigan House of Representatives will be up for grabs, 24 of which will be open seats because those representatives are term-limited.

In the 2016 elections, Republicans maintained control of the State House. To retake control of the chamber in 2018, Democrats would need to flip 17 seats.

Two seats on the Michigan Supreme Court will be up for election this year. Justice Kurtis Wilder was appointed by Gov. Snyder in May and Justice Elizabeth Clement was appointed in November.