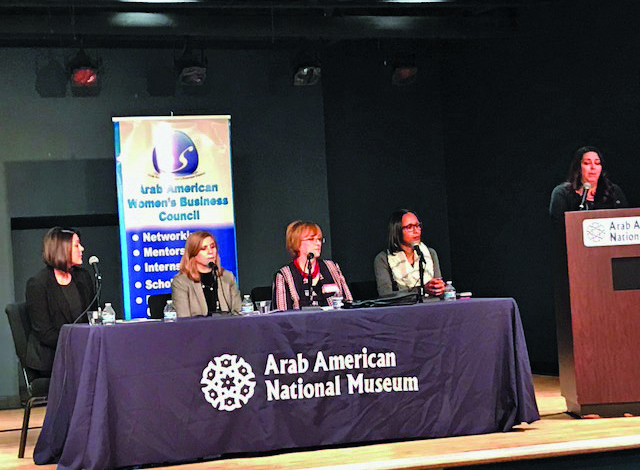 DEARBORN — In the wake of the #MeToo movement that has brought down powerful men in the political and entertainment worlds and encourages organizations to take initiative to guide women on how to deal with sexual harassment in the workplace, the Arab American Women’s Business Council hosted a discussion panel at the Arab American National Museum regarding women’s rights to speak against sexual assaults at work.

My story is not uncommon; more than half of all American women, 54 percent, have experienced unwanted and inappropriate sexual advances at some point in their lives.

The event’s emcee was Rana Abbas, a sexual assault survivor who opened with a personal anecdote about her own experience with her male boss.

“I couldn’t understand why suddenly he was reacting to me in such a way and I did what most young women have been trained to do in a society dictated by patriarchal standards,” she said. “I blamed myself.”

Abbas described how she stood up to her boss, which encouraged other women at her workplace to come forward, too. Despite their statements, however, the boss was allowed to keep his job.

“Every day felt like a gun was pointed to my head,” Abbas said. “My story is not uncommon; more than half of all American women, 54 percent, have experienced unwanted and inappropriate sexual advances at some point in their lives.” 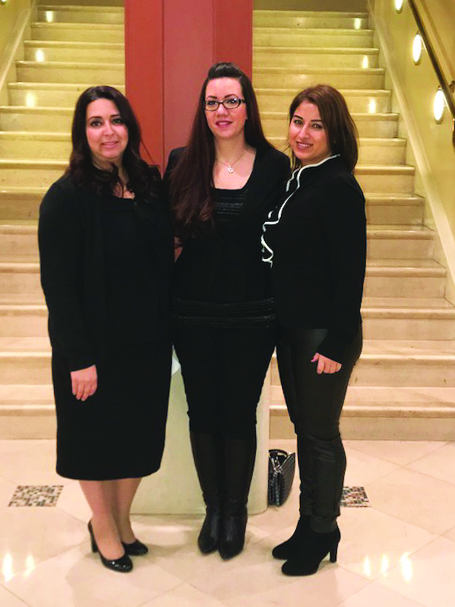 Abbas then opened the floor to the panelists to share their advice on what women should do if they were to face similar situations. Nemeth gave advice from a legal standpoint; LaRoche explained HR operations when an investigation into sexual assault occurs; Booms encouraged women to speak out and Robinson discussed the ways in which WC SAFE, a survivors’ center, guides women through situations like these.

“Keep a note of what has happened with the date on it,” Nemeth said when asked about the appropriate ways to handle a sexual assault situation at work. “Tell somebody so that you have a witness that could vouch for you in a court of law if it comes down to it.”

She also said to check the company’s policy on sexual harassment.

“Write everything down on paper and look out for the correct people that you could report to.”

Robinson said that although women have the legal right to complain, some women don’t want to do that.

“Some women don’t want to go through that because it could be traumatizing,” she said. “So, my role in a survivor center is to offer some safety planning where the priority is an exit plan from that job, because you have to be realistic about being pushed out of the job if not directly fired. So, finding employment resources would help them feel more confident about speaking out because they have a safety plan.”

LaRoche walked the audience through the process of filing a complaint and her advice was to deal with the person first, confront that person and be clear about the discomfort being caused.

Booms’ advice was to offer women more conflict resolution workshops that may help them become more confident and vocal about their rights.

The panel covered many angles that offered the audience ways to deal with sexual assaults in the workplace.

Audience questions mostly focused on their legal rights and what acts qualify as sexual assaults punishable by law.

The overall discussion focused on empowering women of color and discussed the need for more awareness events in light of the #MeToo movement.