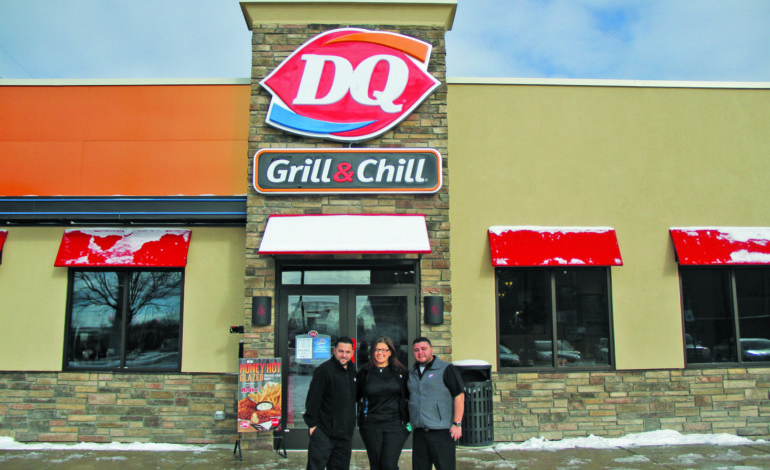 DEARBORN — A major franchise returned to east Dearborn on Jan. 31, with an investment from two local cousins. Talal and Ali Haidous were born and raised in Liberia before they immigrated to Dearborn in 1998 and 1999, respectively.

“It’s our hometown,” Talal Haidous told The AANews about why he and Ali decided to open up a location in east Dearborn.

“The biggest thing is we wanted to be in the center of the business district,” Ali said about the location choice, referencing Ford Motor Company nearby and the planned Wagner Place being constructed by Ford.

With the heavily populated area and the general lack of fast food restaurants on this block of Greenfield between Michigan Ave. and Jerome Street, Dairy Queen was very excited to open a store, Talal said.

“It’s been something they’ve been wanting to do for a little while,” he said.

“I’ve been wanting to come back,” Talal said of Dearborn.

He said that the restaurant has many things to offer in the cold winter months.

This is where DQ is stepping it up,” he said. “They are offering a full menu, just like any other fast food restaurant, from the burgers to the chicken sandwiches.”

The varied menu has, in addition to its ice cream choices, items like chicken strip baskets, salads and wraps.

Talal said he didn’t invest in another Dairy Queen just for the soft serve.  He wants the restaurant to be known for its food and said he and Ali take the extra step of delivering the food to the table.

Talal said the opening day was a success. Despite the cold, the lobby filled up in regular intervals throughout the day but got especially busy after 7 p.m.

Dairy Queen opened its first doors in the United States in 1940. Since then it has grown to more than 6,000 restaurants in 20 countries.

“It’s been a combination of hardworking people who own and operate restaurants and great tasting food and tempting treats,” according to Dairy Queen’s website.