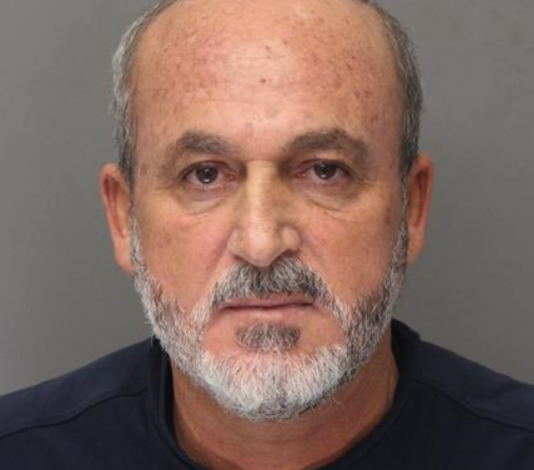 CANTON — Police arrested a suspect accused of stealing wallets, cash and credit cards from the lockers of customers at Lifetime Fitness, located on Haggerty Road, near Ford.

Ali Sami Hammoud, 54, of Dearborn was arrested Jan. 27 at the same Lifetime Fitness after a stolen credit card was used at the Canton Walmart on Ford Road, Detective Lt. Mike Steckel told a reporter at Hometimelife.com. A man whose credit card had been stolen notified police that it had just been used at the store.

Police went to Walmart, reviewed surveillance video and spotted the suspect, who had just used a stolen credit card, Steckel said. Police ran the license plate of the suspect’s Lincoln Navigator — also seen in the video — went back to Lifetime Fitness and found him there, wearing the same clothes he had on at Walmart, Steckel said.

Police have documented at least $3,862 in cash and six credit cards that had been stolen at Lifetime Fitness in January alone. Police said Hammoud also had a large amount of cash in his pocket and 26 gift cards, mostly from Home Depot, when he was arrested.

Police say about 15 thefts occurred at the Lifetime Fitness in December and January. Some of the lockers had been left unlocked and others had apparently been broken into, Steckel said.

Hammoud was arraigned Monday in 35th District Court on two counts of larceny in a building and two counts of stealing a financial transaction device, or credit card. A $10,000/10-percent bond was set, meaning he needed to post $1,000 to be released.

A not-guilty plea was entered for him.

According to court documents, Hammoud also was ordered to surrender his passport and not leave the state.

Each charge against Hammoud carries a maximum five-year prison term if he is convicted. He is scheduled for a probable cause conference Friday, Feb. 9, and a preliminary exam one week later to determine whether he should face trial in Wayne County Circuit Court.