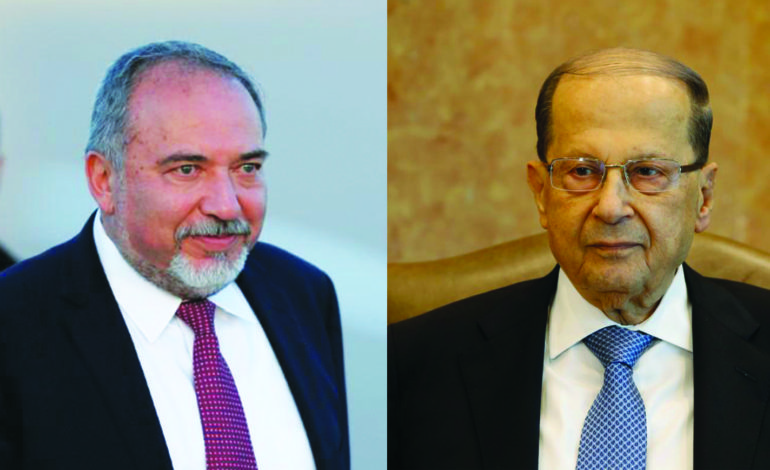 BEIRUT — President Michel Aoun said on Thursday that Lebanon was using diplomatic means to counter Israel’s stance regarding an offshore energy block in disputed territory on their maritime border.

On Wednesday Israel described as “very provocative” Lebanon’s first offshore oil and gas exploration tender and said it would be a mistake for international firms to participate.

Lebanon is on the Levant Basin in the eastern Mediterranean, where a number of big sub-sea gas fields have been discovered since 2009, including fields located in Israeli waters near the disputed border with Lebanon.

Aoun said he and parliament speaker Nabih Berri had agreed to meet to discuss steps to confront “repeated Israeli threats” and called on Berri to “turn the page” on tensions between their political factions.

A row over comments about Berri by Aoun’s son-in-law, Foreign Minister Gebran Bassil, has exacerbated a political standoff, threatening to ignite sectarian tensions in Lebanon before a planned election in May, and to paralyze government.

On Wednesday, the United States pledged continued support for Lebanon’s military, calling it a potential counterweight to Iranian-backed Hezbollah, even as Israel said the two forces were indistinguishable and fair game in any future war.

On the same day, Hezbollah pledged to confront any threats to the country’s “oil and gas rights” after Israeli comments urging firms not to bid on a Lebanese offshore energy tender.

“We confirm again our firm and honest position to decisively confront any assault on our oil and gas rights, and protect (Lebanon’s) wealth,” the Iran-backed political and military movement said in a statement.

Satterfield added that the Lebanese army “could well serve as a counterweight to Hezbollah’s desire to expand its own influence there, as well as Iran’s reach in Lebanon.”

But taking the stage three hours later, Israeli Defense Minister Avigdor Lieberman reiterated his view that the Lebanese army was under the command of the better-equipped Hezbollah.

“As far as I’m concerned, all of Lebanon – the Lebanese army, Lebanon and the Lebanese army – are no different from Hezbollah,” he said. “They are part of Hezbollah and they will all pay the full price” for any large-scale attack on Israel.