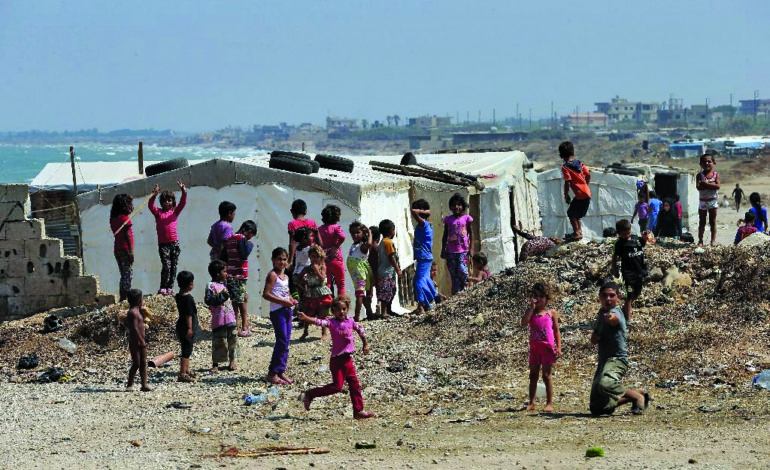 Syrian refugee children play at an unofficial refugee camp in the area of Arida, north of Beirut, on June 15, 2015 - Photo by AFP

BEIRUT — Lebanese Prime Minister Saad al-Hariri said on Thursday that Lebanon would not force refugees to return to Syria but called for more international help in dealing with the refugee crisis.

More than a million Syrians fled into neighboring Lebanon after war broke out in their country in 2011 and now account for about a quarter of its population.

As the Syrian government has gained control over more territory, and as fighting has ended in more parts of Syria, some Lebanese politicians have called for Syrian refugees to return.

“My government’s position is very clear. Nobody’s going to force anyone to go back if they don’t want to go back,” Hariri said.

In a speech at a donor conference in Beirut calling for $2.68 billion in humanitarian aid for the crisis this year, Hariri warned that refugees would try to move to other countries if there was not enough support for them in Lebanon.