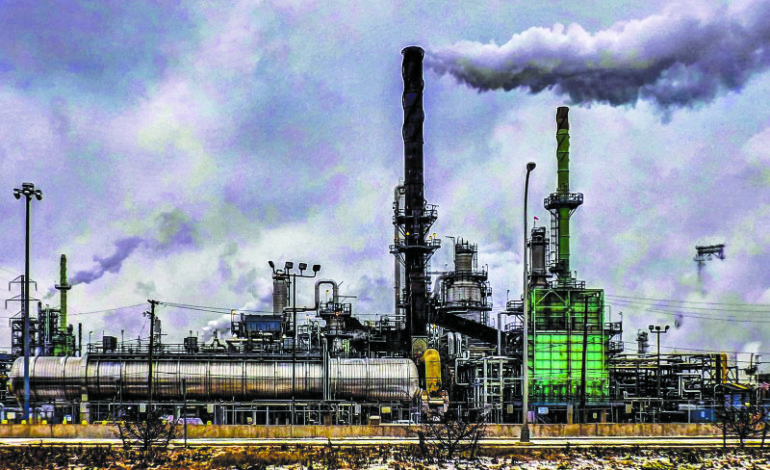 “These particles and chemicals can penetrate our body and enter our bloodstream and wreak havoc on health. We have only recently realized the serious damage PM2.5 can cause.” – Guy Williams, president & CEO of Detroiters Working for Environmental Justice

Residents of southwest Detroit are forced to deal with heavy pollution emitted from the many factories within the southwest and surrounding areas, automobile and semi-truck traffic and other environmental stressors affecting the health of those in the community.

The International Journal of Environmental Research and Public Health reported that air pollution in the Detroit area has led to more than 10,000 DALYs (the sum of years of potential life lost due to premature mortality and the years of productive life lost due to disability, according to the World Health Organization), in addition to 6.5 billion dollars in economic losses. Moreover, it concluded that about 5.5 percent of annual deaths in the area are due to exposure to PM2.5.

“These particles and chemicals can penetrate our body and enter our bloodstream and wreak havoc on health,” said Guy Williams, president & CEO of Detroiters Working for Environmental Justice. “We have only recently realized the serious damage PM2.5 can cause.”

Williams said the pollutants emitted by Marathon and other factories in southwest Detroit cause terrible outdoor air quality and can get trapped in homes, resulting in poor indoor air quality as well.

Health issues potentially caused by pollution is prevalent among the youth living in southwest Detroit. At Munger Elementary-Middle School in southwest Detroit, asthma is the number one reason students miss class, according to Charlotte Moss, a Henry Ford nurse stationed at Munger.

“I am all for the rising up of Detroit and investors investing in our city. But, don’t just invest in the property, invest in the people who have been here for a long time… Our children deserve better than this.” – Community Schools Coordinator Ana Martinez

Due to high asthma rates in the community, Munger Elementary initiated a six-session program educating students about the respiratory disease and medication.

Moss said she encourages children to exercise and play outside, but she is fearful about the contaminated air the children would be breathing.

“There are so many factories near Harms, there is so much trash on the streets and there are so many nearby houses deteriorating,” Martinez said. Adding to that the fact that the government is aware of the issues prevalent in southwest Detroit and is yet unwilling to take action in the area is very frustrating. She said she cannot come to terms with seeing the major developments taking place in midtown and downtown, while southwest Detroit – a community she has been a part of for 25 years – continues to deal with very serious problems.

“I am all for the rising up of Detroit and investors investing in our city,” said Martinez. “But, don’t just invest in the property, invest in the people who have been here for a long time… Our children deserve better than this.”

Martinez said Harms Elementary makes every effort to assist students in being able to access resources that lead to a healthy lifestyle by offering after-school programs. And although these programs help students when they are at school, healthy habits often are lacking once students get home.

With more than 23 percent of southwest Detroiters having no access to their own vehicles, their ability to get around town is severely hindered. Martinez cited this issue, in addition to financial hardships, as reasons why many families are not able to access gyms and parks and enjoy a healthier lifestyle.

“These companies that are polluting our air and causing our health to deteriorate need to be held accountable for the actions they are committing. They should put into the communities as much as they take out,” said Martinez. “I think it would be a great idea for the polluting corporations in the area to fund a free gym for the children of southwest Detroit.”

In addition to factories and traffic, the proposed Gordie Howe International Bridge is stirring controversy and is a potential cause for concern among the southwest Detroit community. Semi-truck traffic, in particular, is already a major issue plaguing southwest Detroit – as trucks constantly go through neighborhood streets to reach the Ambassador Bridge. Semi-trucks emit PM2.5 and other harmful pollutants into the air.

According to Tobocman, the state of Michigan does not have a role in the development of the new international crossing and it will be up to the Canadian government and whatever operator is chosen to implement policies that mitigate environmental factors.

“Unfortunately, U.S. residents have limited their ability to impact the project when the Michigan Legislature decided it would not be a part of the project,” said Tobocman. “We have far less a voice in this important economic asset and potential environmental threat.”

Stephanie Chang, state representative for District 6, said, “While there will no doubt be increased pollution, both noise and air, during construction of the Gordie Howe International Bridge, once it is constructed, its freeway-to-freeway connectivity may help to ensure shorter idle time.”

Chang added, “However, I remain concerned about the pollution because there will be increased traffic due to this bridge.”

Although the government has been criticized by many for its inaction to enact policy that will reduce the amount of pollution emitted into the air, there have nevertheless been several efforts to do so. The impact of the laws, however, is often debated.

For example, the Detroit City Council imposed regulations that bar certain commercial vehicles from idling for more than 5 minutes within Detroit city limits. Although Williams praises the effort, he notes that because this rule is hard to enforce, it ends up not impacting any reduction in air pollution.

Chang has also introduced and supported bills that focus on environmental issues. These bills include HB 4200, which calls for citizen oversight of MDEQ and HB 4257, which set requirements for the proper and safe storage of pet coke.

Chang said she is working on establishing legislation that would “create a fund that companies who have violated the Clean Air Act would pay into in order to fund air quality improvement projects in communities directly impacted by their pollution.” This is in addition to a bill that would “create an ombudsman for air quality who would have the ability to receive and process complaints, initiate investigations and request injunctive relief and prescribe penalties.”

Raquel Castaneda-Lopez, City Council member of District 6, said her office is “beginning work on legislation to create necessary buffers between pollution sources and residential areas, and creating ‘complete streets’ to encourage walking and biking.” Her office has also worked with the Delray community to try and secure community benefits for those who will be impacted by the Gordie Howe International Bridge.

Ultimately, everyone agrees that enacting and implementing policies that protect residents from environmental harm will require cooperation between community organizations, policymakers, and corporations. Competing interest and objectives, however, often make such efforts difficult to achieve.

New Michigan Media (NMM) is the collaboration of the five leading minority media outlets in the region. The New Michigan Media Newspapers have a combined estimated reach of more than 140,000 weekly, and include the Latino Press, the Michigan Chronicle, the Jewish News, the Michigan Korean Weekly and The Arab American News.  For the past three years, NMM has also been a member of the Detroit Journalism Cooperative (DJC), the unique collaboration between some of the leading media outlets of the region, which includes The Center for Michigan’s Bridge Magazine, Detroit Public Television, Michigan Public Radio and WDET. Funded by the John S. and James L. Knight Foundation, the DJC aims to report about and create community engagement opportunities in Detroit and the region. The article you are reading is part of the DJC project of this year and will appear in all the NMM member newspapers, as well as with the DJC partners.