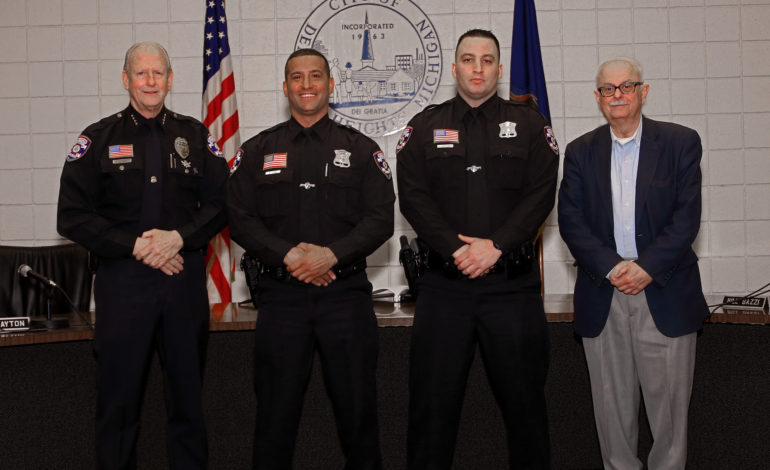 DEARBORN HEIGHTS – The Dearborn Heights Police Department announced on February 26 the addition of two new police officers to their force . The two new officers were sworn-in in a ceremony held at the Dearborn Heights City Hall in the presence of Mayor Dan Paletko and Police Chief Lee Gavin.

The two officers that joined the police force are:

Joseph Borkowski, a 3-year veteran of law enforcement, most recently with the Detroit Police Department. In addition, Borkowski is a Military Veteran, having served in the U.S. Air Force until his Honorable Discharge in 2008. He also holds an Associates Degree from Oakland Community College.

Mohamed Chami, a 22-year veteran of law enforcement, having held numerous positions within the Wayne County Sheriff’s Department. Chami holds several certifications relating to homeland security and law enforcement topics, as well as several professional awards he earned throughout his tenure with the Wayne County Sheriff’s Department. Chami is a graduate of Henry Ford College.