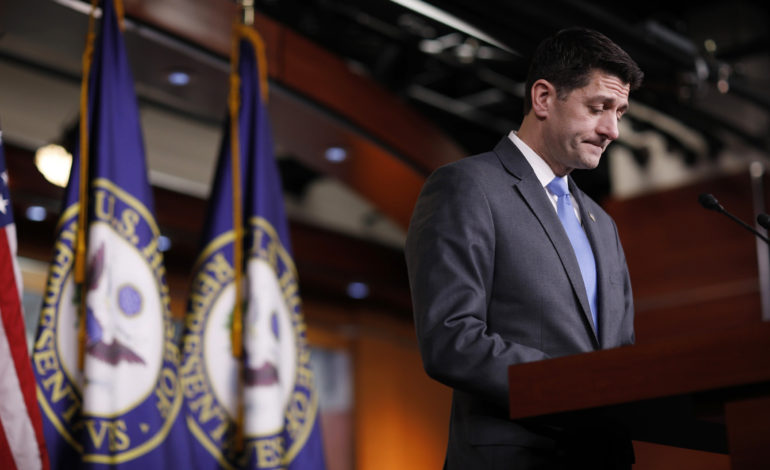 House Speaker Paul Ryan addresses a news conference where he announced he would not seek re-election in November, on Capitol Hill in Washington, D.C. - Reuters

WASHINGTON, D.C. – U.S. House of Representatives Speaker Paul Ryan will not seek re-election and will leave his post at the start of 2019, dealing a blow to fellow Republicans and President Trump ahead of fast-approaching Congressional elections.

By triggering a House leadership struggle when the party should focus on defending its Congressional majorities and advancing Trump’s agenda, Ryan dismayed some Republicans already concerned about their prospects with voters in November.

“It’s going to set off an intramural war among Republicans on who is going to be the next speaker. It will take the eye off the ball of keeping a majority in the House,” said one Republican veteran who asked not to be identified.

Asked how much Trump and his conduct influenced his decision not to seek re-election for his seat representing a district in southeastern Wisconsin, Ryan told reporters, “Not at all.”

Politico later quoted Ryan as saying in an interview that he had a good rapport with Trump, but wished the president tweeted less. “It works better to have private conversations than public disputes,” Ryan said.

Ryan, who was the Republican vice presidential nominee in 2012, poured cold water on speculation he could be eyeing a presidential campaign in 2020 or beyond.