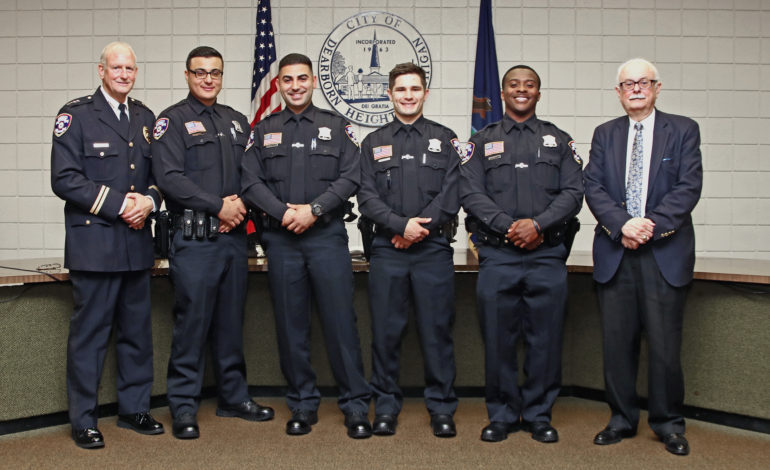 Three of the four newest police officers are security or law enforcement veterans.

Ty Jasman is a 2018 graduate of Schoolcraft College and the Wayne County Regional Police Training Academy.