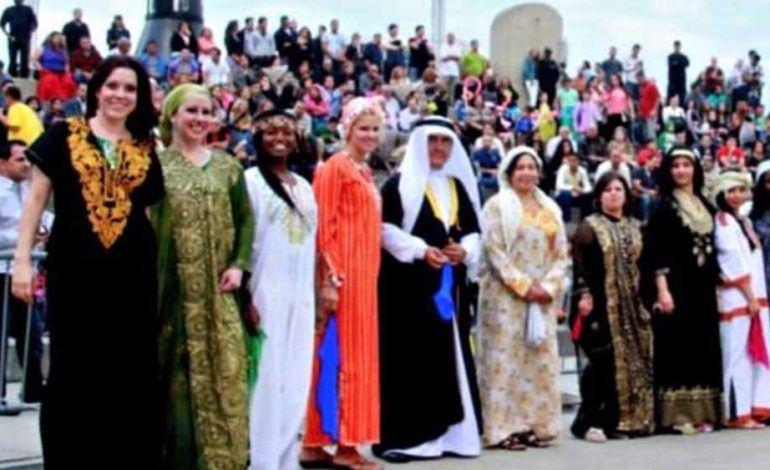 He credits the growth in attendance at the festival, which took place at Hart Plaza July 28-29 and was primarily sponsored by Ford and DTE Energy, to an updated program featuring different singers, bands and vendors.

“We made some changes,” he said.

Manar Noubani, one of the new vendors at the festival, sold hats, sweatshirts and t-shirts she’d designed, with the names of various Arab countries and Arabic words printed on them.

“The word ‘wahda’, which means unity in Arabic, is on some of the shirts,” she said, adding that her designs have been popular among different types of people—not just Arabs.

According to Mansour, attracting a wide variety of people and sharing Middle Eastern culture with them is what the festival is all about.

“It’s about diversity,” he said. “We invite everybody to join. We want to build a bridge. It’s a cultural event; it’s non-political, non-religious.”

One first-time attendee, who came to the festival with her family, said she was surprised by what it had to offer.

“I didn’t realize what a big event this is,” she said. “There’s so much to do and see. I liked all of the live performances. It was fun for me to come and learn a little bit more about this culture.”

Mansour said the attendees weren’t the only ones who enjoyed the festival; the vendors were also happy.

“They sold a lot,” he said. “The people with the hookah stand and henna stand sold everything. Everybody loved it.”

He said that within a month, the festival committee, board and volunteers will come together to evaluate what areas went wrong and what improvements can be made for next year’s event.