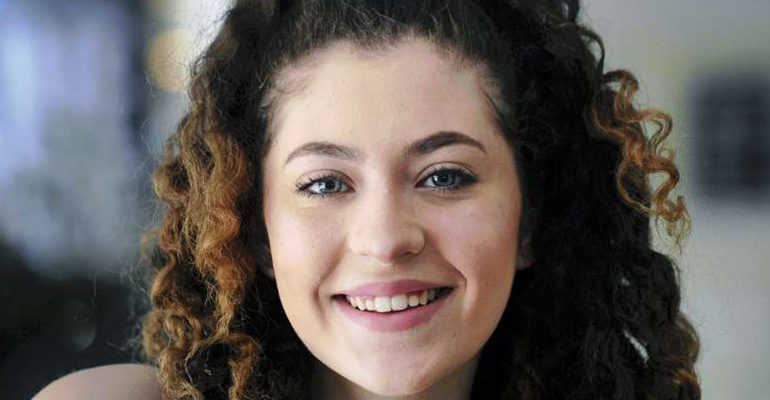 HARTFORD, Conn. — A 16-year old high school student designed a website with resource intended to help immigrant children and teenagers understand and prepare for the possible deportations of their parents or guardians.

Jody Bell said she came up with the idea after hearing some of her own close friends’ concerns about deportation and their fears about speaking with guidance counselors or other adults. She said many of her friends have family members who are at risk of being deported since the Trump administration has taken a more intense approach to immigration policy.

“They would talk to close friends, like me and some others,” Bell said. “I think that was one of the first times that I recognized that this was an issue.”

Bell, who turns 17 next month and will be a senior at Greenwich High School in the fall, said she knew she wanted to do something to “take action” on the immigration issue, but wasn’t sure how.

She said her guidance counselor told her about a Connecticut-based organization called Girls With Impact. The new program is billed as a “12-week mini-MBA” where teenage girls create businesses, non-profits or projects that could affect the world and their own professional and success.

Bell finished the program in the spring of 2017 in the first group graduates. She launched her website, called In Case of Deportation, this month.

“In some situations, your parent/guardian may be detained and arrested awaiting deportation without even saying goodbye or having just a few minutes to prepare you,” Bell wrote on the website. “Before this abrupt detainment happens, it’s important that you and your family are prepared in case of emergency deportation.”

Online, Bell also suggests practical steps like making sure children have keys to their houses and copies of their medical records. She also said they should know how to find legal help and financial assistance. She came up with the information through months of research and discussions with experts, including advocacy groups, immigration lawyers and state officials.

The teen’s platform, which she plans to continue evolving and updating, has already started being used by several school districts, including Greenwich and New Rochelle Schools of New York, said Girls With Impact CEO Jennifer Openshaw, a tech entrepreneur and financial expert who started the nonprofit program.

Openshaw said girls like Bell, who have participated in the program, have a “huge leg up” in college because they’ve created a real business plan and launched something tangible. Girls With Impact, which has operated for about a year, works with about 15 girls per class, who live all across the country. The organization has plans to run 10,000 girls through the year-round program by 2022.