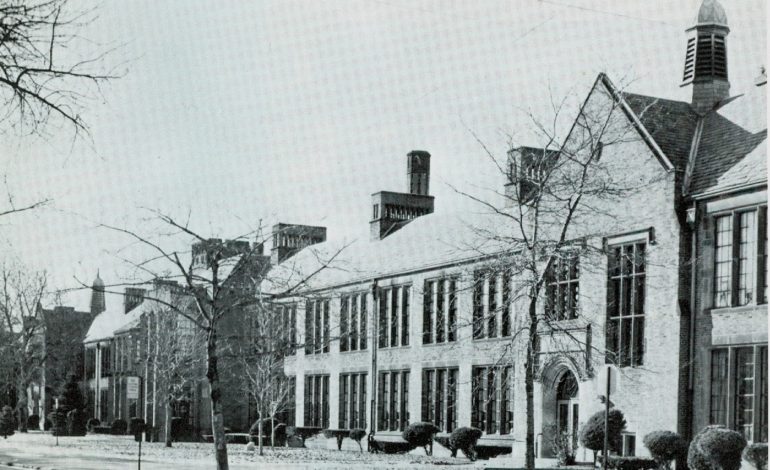 A historic photo of Lowrey School

DEARBORN – More than a dozen of the city’s 29 public schools will turn a century old between 2020 and 2030, according to Dearborn Public Schools Communication Director Dave Mustonen.

The district’s operations department has determined that more than $160 million in maintenance and repair is needed to update the schools, including replacements and repairs to roofs, boilers, electrical and plumbing systems, as well as installing additional cameras and securing entrances, according to an expenditure and priority plan for the 2017 to 2037 school years, provided to The AANews by the Dearborn Public Schools Business and Operations Department.

Most of the schools need major architectural and mechanical and electrical system upgrades. Since last year, they’ve already spent about $3.5 million on upgrades and repairs at the schools so far.

In terms of safety and security, changing locks on exterior doors at most schools takes precedence, but installing surveillance camera systems, card access abilities and building entry way vestibules are a secondary priority at most schools.

The high schools – Fordson, Dearborn High and Edsel Ford – require about $4 million each for upgrades.

The most needed upgrades at Fordson, according to the administration, are installing air conditioning in the counselors’ area, replacing an elevator, adding card access, renovating a gym entrance and bathrooms, adding a scoreboard, replacing the pool heater and pumps, converting the machine shop to four classrooms and replacing brick and interior painting.

At Dearborn High, high priority upgrades include installing security cameras, re-sanding and re-sealing the gym floor, replacing ceilings and adding lighting in hallways. It would cost $1 million to replace the synthetic turf at two athletic fields there.

The school already spent $477,435 on upgrades like re-grading the baseball diamond for better drainage and repairing lighting and locks in gym locker rooms.

Lowrey Elementary and Middle School’s infrastructure is in the worst shape among Dearborn’s schools. Most of the upgrades and repairs needed are listed as top priority and would cost about $4.3 million to complete. Those include roof repair and replacement, brick replacement, painting, replacing an expensive electrical gear switch, replacing corroded piping and replacing doors and gym wall padding.

However, the district has considered a complete renovation or re-build of the school, which would cost about $64 million.

It has also considered a complete renovation of the interior of McDonald Elementary School to the tune of $15 million. It would cost about $1.2 million take care of the mostly high priority upgrades there.

Haigh, Lindbergh and Oakman Elementary Schools each need about $1.5 million.

The remaining schools need anywhere from $600,000 to $1 million in upgrades.

The repairs and upgrades mentioned here are only a handful of the plethora of items the schools require, but they are some of the costliest and with the highest priorities.

To pay for these upgrades, a bond would need to appear on on a future ballot and would have to be approved by voters. It is too late for such a bond to appear on the November ballot.

Adding the bond would begin with a “citizens committee” the administration has already organized. It would make recommendations based on evaluations of building conditions and present those findings to the Board of Education. From there, the board would start to develop a comprehensive plan for the bond, which would require the approval of the Michigan Education Department, before it could appear on a ballot.

The AANews will explore in detail the schools’ conditions and needs in a multi-part series in the coming weeks.