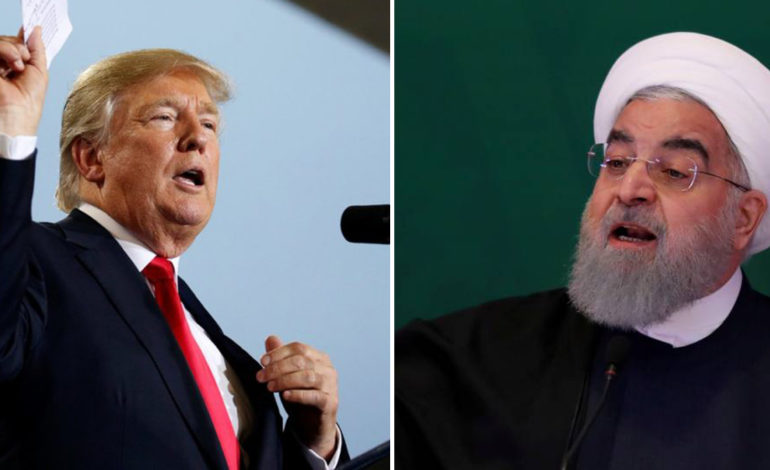 WASHINGTON, D.C. — The United States is seeking to negotiate a treaty with Iran to include Tehran’s ballistic missile program and its regional behavior, the U.S. special envoy for Iran said on Wednesday ahead of U.N. meetings in New York next week.

Iran has rejected U.S. attempts to hold high-level talks since President Trump tore up a nuclear deal between Tehran and six world powers earlier this year.

“The new deal that we hope to be able to sign with Iran,” envoy Brian Hook told an audience at the Hudson Institute think tank. “And it will not be a personal agreement between two governments, like the last one; we seek a treaty.”

Secretary of State Mike Pompeo listed a dozen demands in May that he said could make up a new agreement, although Hook’s reference to a treaty, which would have to be approved by the Senate, appears to be a new focus.

Among Pompeo’s demands was the release of Americans jailed by Tehran, an end to its nuclear and missile programs and for Iran to withdraw its forces and end financial support for sides in the conflicts in Syria and Yemen.

But Hook acknowledged Iranian leaders have not been interested in talks despite statements by Trump this year that the administration was willing to meet.

The 2015 deal was an executive agreement that was not ratified by the U.S. Senate and covered only Iran’s nuclear program. A treaty would require approval by the Senate.

Some opponents of the nuclear agreement have argued that former President Obama’s failure to seek Senate approval of the deal allowed Trump to unilaterally withdraw.

He added that Washington hoped U.S. sanctions would force Tehran to negotiate.

Iran views the United States as acting in bad faith by withdrawing from a deal and has longed blamed Washington for stoking instability in the Middle East. It has said Trump’s offer to negotiate contradicts his actions and accused Washington of trying to foment regime change.

Trump will chair a session on Iran during the U.N. General Assembly meetings in New York next week. In July, Trump said he was willing to meet Iran’s leaders “anytime they want”, prompting speculation that a meeting might take place at the U.N. meetings next week.

“The Ayatollah, the president and foreign minister have all indicated they are not interested in talking,” Hook said, referring to Iranian Supreme Leader Ali Khamenei, President Hassan Rouhani and Foreign Minister Mohammad Javad Zarif. “We respect that though that does not change our plans. We have a sanctions regime that is underway; stronger measures are yet to come.”

Hook said the administration was expanding its diplomatic efforts to ensure that purchases of Iranian oil are drastically reduced by Nov. 4 when Washington reimposes oil sanctions against Tehran.

He also said Iran posed an international threat to peace and security that went beyond the six major powers that signs the initial nuclear deal. European and Asian countries have been trying to salvage the nuclear deal despite new U.S. sanctions against Tehran.

“If we want to have a stable and prosperous Middle East it starts with constraining Iran,” Hook said.