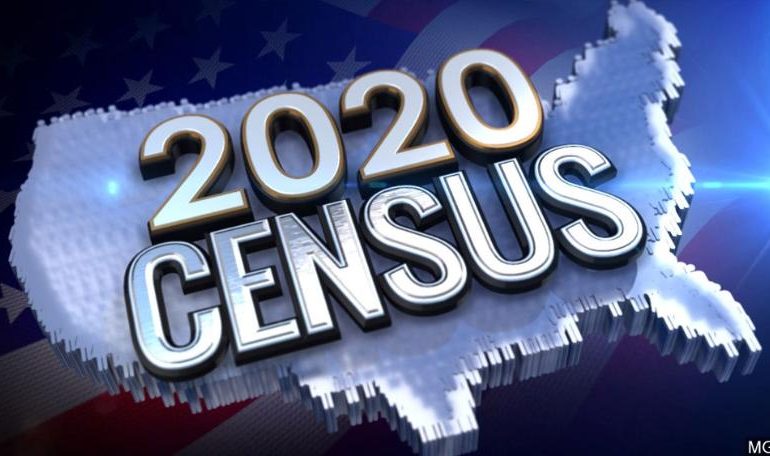 Dayton, OH — The city that gave America and the world aviation pioneers Orville and Wilbur Wright and their friend, poet Paul Lawrence Dunbar, is still ahead of the curve. Aware of a steep price to be paid if it can’t up its game, Dayton’s new Dayton-Montgomery County Complete Count Committee is the first organization in the state dedicated to ensuring its people are fully counted in the 2020 Census.

At stake is securing hundreds of millions of dollars in annual federal support over the next decade — if its population makes its presence known.

By Census Bureau standards, nearly every Census tract in Dayton rates “Hard to Count,” said Tony Kroeger, acting planning manager for the city of Dayton. In the new light-filled Dayton Metro Library, he spoke at a recent Census community organizing event co-hosted by the Washington, D.C.-based Leadership Education Fund and the Children’s Defense Fund-Dayton, in partnership with Ethnic Media Services.

“Virtually everything we do comes down to the Census,” Kroeger emphasized, as Census data is a key factor in federal and state funding allocations, city project planning and decision-making at both the neighborhood and private sector business levels.

Fred Strahorn, minority leader in Ohio’s Republican-controlled House, was the keynote speaker, following a slate of stakeholders and community presenters.

Dayton city officials have been told they’ve “set the bar” for innovative and pragmatic use of census data, Kroeger said, but gathering the most up-to-date data — in the 2020 Census — poses new and difficult challenges on top of the city’s stubbornly “Hard to Count” tracts.

For instance, Dayton’s immigrant community has new cause to be wary of filling out the 2020 Census form: The possible inclusion of a question on their household’s citizenship status. Lawsuits opposing Commerce Department plans to ask this question are winding their way through the courts.

But meanwhile, U.S. Immigration and Customs Enforcement raids targeting undocumented workers in other parts of Ohio are stoking fears that such information could be used for deportation or internment.

And in African American communities, there is skepticism that their neighborhoods will ever see the programs and services linked to Census data.

Business owner Tommy Owens predicted that low-income community residents will be asking, “What are we getting out of this? It seems like we’re living within the same economic status as 2010. Our roads aren’t being paved; we don’t have great education systems. The places for our children? We haven’t seen any upkeeping.”

As with immigrant communities, Owens said, the key question will be: “Why should we trust these folks?”

With its complete count committee, Dayton’s on a full-throttle mission to ramp up participation in the 2020 Census, still two years away but already mired in controversy.

Committee chair Nikol Miller said its task is to address community concerns and “localize” issues to bring home the pros, cons and ultimate impact of decisions to fill out or ignore Census forms.

Miller worked extensively on the 2010 Census when she lived in the Chicago region. Now, as a community outreach manager for the Greater Dayton RTA (Regional Transportation Authority), she embraced the opportunity to put that experience to use in her hometown.

There’s no dearth of pressing issues.

“We talk about the food desert issue here in Dayton,” Miller said, for example, “and food deserts are defined by the U.S. [Food and Drug Administration] based on Census data, the U.S. tract number — how many people are living in poverty within those tract numbers within a certain geographic area.”

As with so many other programs, the federal and matching state money for school breakfast and lunch programs and similar efforts for the impoverished elderly all flow from Census data.

2020’s Census will be the first to rely on online responses. Miller warned of trouble ahead given a lack of computer access in some Dayton communities.

“We have an aging senior population who may not be as comfortable completing the questions online,” she said. “And then we also have the digital divide.”

Eugenia Kirenga, a Rwandan immigrant, founder of the nonprofit Greater Dayton African Coalition and immigrant resource specialist for Dayton’s Human Relations Council, testified that many African immigrants struggle with English. Beyond that, their elderly, as in other communities, will have difficulty filling out forms online.

For computer access and training help, churches and public libraries, or Sinclair Community College, were nominated as institutions that have the trust of their communities.

LaGloria Wheatfall of the Leadership Conference Education Fund also brought up the issue of cyber security, but added that the “insufficient and frequently late annual funding” for Census planning this decade is yet another challenge that could jeopardize obtaining an accurate count.

Gabriela Pickett, founder of the Lynda A. Cohen Center for the Study of Child Development and a member of Dayton’s Human Relations Council Board, immigrated to Texas from Mexico before moving to Dayton in 2001.

Ensuring accurate and complete Census data is important, she emphasized, because it brings resources to the school system for bi-lingual education and remedial assistance for students who may otherwise flounder emotionally or academically. To lose such programs, she said, “makes parents doubt how immigrant-friendly our city really is.”

“In 2010, young children — that’s age 4 and below — were the largest underrepresented group in that Census,” McKenzie said.

He added that “the undercount of young children has been getting worse.”

He also spoke of nontraditional family arrangements that may be harder for the Census to enumerate and cited the opioid epidemic as contributing to the increase of non-nuclear family groupings. As a result, surrogate caretakers, McKenzie said, may forget or decide not to include those children as members of their households on their Census forms

Even within “traditional” communities, other challenges arise. Eldar Adam Muradov, the primary point of contact between the Osman Gazi Mosque in North Dayton and its 600 to 700 Turkish families, said many are beginning to move to other parts of the city. As a consequence, Muradov said “it is very hard to reach out to everyone.”

Darsheel Kaur of the Ohio Student Association, one of the few millennial voices at the event, said narratives often seem to infer that replying to the Census alone will solve the Dayton’s disparities. She advocated for more clarity about how Census data determines allocation of resources.

“Why are resources being hoarded by some communities and not seen in other communities?” Kaur asked.

“Ohio has more folks who work in low wage jobs than most other states,” Strahorn said. “We rank 48th in job creation. We’re above the national average in foreclosure, bankruptcy and poverty — not a real good track record.”

Strahorn also spoke on the mechanics of redistricting and reapportionment using Census data. Of the approximately $800 million annual federal funding allocation based on Census data Ohio is expecting between 2020 and 2030, he reiterated other speakers’ hopes for wider and more resilient avenues of trust in Dayton.

“People don’t associate what they’re doing or getting [with government], so they feel comfortable saying, ‘well, nothing happened in my community,’” he said. “Well, this [Census] affects CHIP money; it affects WIC money; Medicaid. It affects transportation dollars, the transit system. People use this stuff every day. When you land at the airport and didn’t crash into another airplane, that’s government money that’s allocated to your state or your airport based on Census data.”

By Khalil Abdullah, a writer for Ethnic Media Services