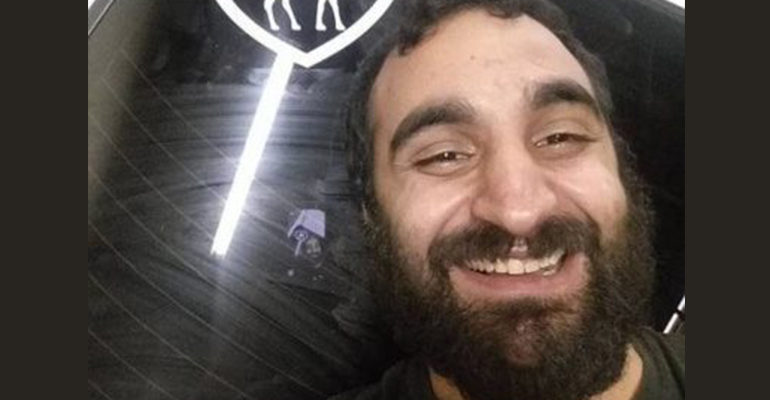 Badri Hashim, 24, was killed in a tragic car accident in Toledo, Ohio twoards the end of July.

DEARBORN — An Iraqi family is still mourning the loss their only son, 24-year-old Badri Hashim, to a car accident in Toledo at the end of July.

He was a passenger in a pickup truck that crashed into a traffic light pole at 3 a.m. on July 29. He died at the scene.

Police contacted 76-year-old Sahib Hashim on Monday, July 30 to inform him of his son’s death.

Hashim said his son had taken a trip with a friend to Toledo to buy car parts.

“He loves cars, he built cars,” Hashim said. “He and his friends, a bunch of young Arab guys.”

He said they still haven’t heard about the condition of Badri Hashim’s friend, the driver of the vehicle involved in the crash, whom responders transported to the hospital.

Hashim told The AANews his son had just finished training for his new position as an associate banker for Quicken Loans.

“We was a very lovable person,” Hashim said. “I’m still so shocked. We’re not going to forget about my boy, no way.  We miss him so much.”

Badri Hashim was born in San Diego in 1994. The Hashim family lived in Kansas City before ultimately moving to Dearborn, where Badri graduated from Dearborn High School.

Hashim said he and his wife, Sadiya, have no more family left in the Dearborn area.

“We have nobody here,” he said. “We have some friends, but no family.”

He also said they attend a mosque where they received support from their community.

“They financially helped us do the ceremony,” he said. “Beautiful people, they did a good job with the service. I’m very happy with them, it’s a good community.”

Hashim and his wife often visit their son’s grave and light candles.

Funeral services were held at the Islamic Institute of America.

Police still have not released details on what led up to the crash.