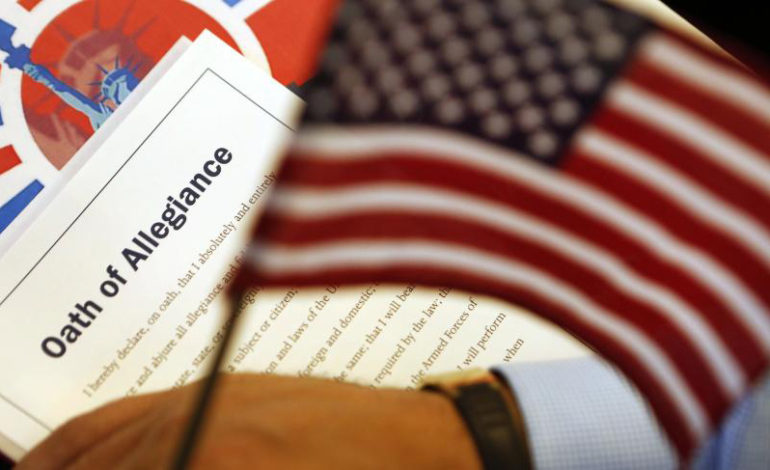 PRINCETON N.J. — According to a national survey released Wednesday by the Woodrow Wilson National Fellowship Foundation, just one in three Americans can pass a multiple choice test consisting of content taken from the U.S. Citizenship Test.

“With voters heading to the polls next month, an informed and engaged citizenry is essential,” Woodrow Wilson Foundation President Arthur Levine said. “Unfortunately this study found the average American to be woefully uninformed regarding America’s history and incapable of passing the U.S. Citizenship Test. It would be an error to view these findings as merely an embarrassment. Knowledge of the history of our country is fundamental to maintaining a democratic society, which is imperiled today.”

Levine said the knowledge of American history is not an academic exercise and that the future demands it.

“Americans need to understand the past in order to make sense of a chaotic present and an inchoate future,” Levine said. “History is both an anchor in a time when change assails us and a laboratory for studying the changes that are occurring. It offers the promise of providing a common bond among Americans in an era in which our divisions are profound and our differences threaten to overshadow our commonalities.”

The poll, conducted by Lincoln Park Strategies, a nationally recognized analytic research firm which partners with corporate and non-profit clients, has a margin of error of ±3 percent with a random sample of 1,000 American citizens.

Seventy two percent of respondents either incorrectly identified or were unsure of which states were part of the original 13 states. Twenty four percent could correctly identify one thing Benjamin Franklin was famous for, with 37 percent believing he invented the lightbulb. Only 24 percent knew the correct answer as to why the colonists fought the British.

While most knew the cause of the Cold War, 2 percent said climate change.

Most respondents said U.S. history was an appealing subject during their time in school, with 40 percent noting it was their favorite and another 39 percent saying it was somewhere in the middle of favored courses of study.

The poll found gaps in knowledge based on age. Those 65 years and older scored the best, with 74 percent answering at least six in 10 questions correctly. For those under the age of 45, only 19 percent passed with the exam, with 81 percent scoring a 59 percent or lower.