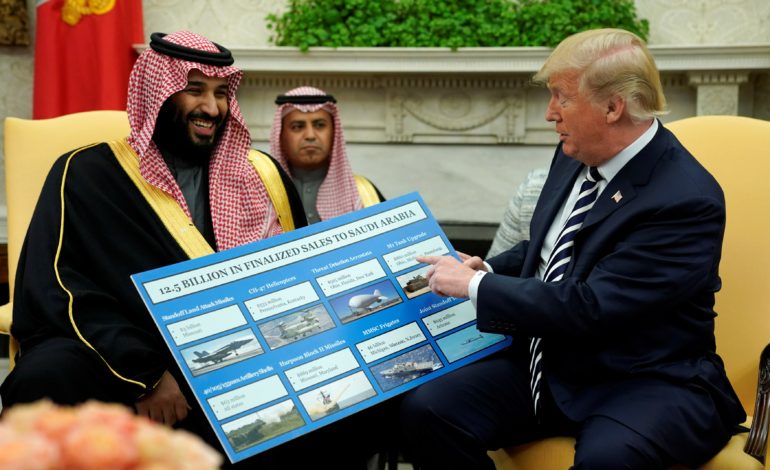 Saudi Arabia’s Crown Prince Mohammed bin Salman praised his relationship with Donald Trump after the U.S. president told supporters he had warned the king he would not last in power “for two weeks” without U.S. military backing.

“I love working with him. You know, you have to accept that any friend will say good things and bad things,” Prince Mohammed said in a Bloomberg interview published on Friday.