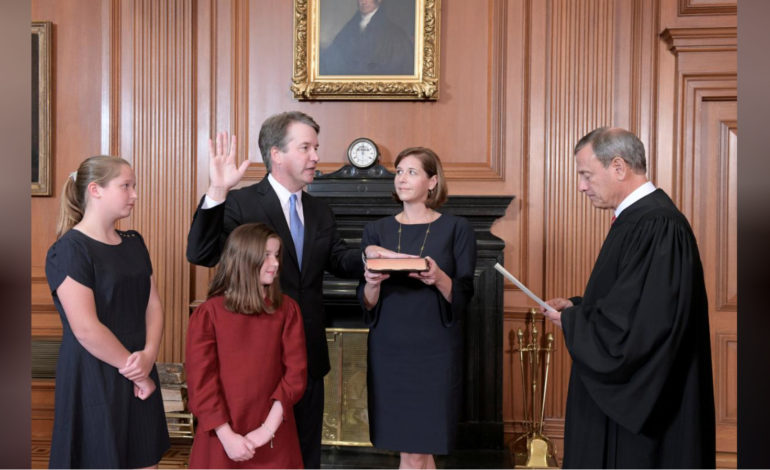 WASHINGTON – A deeply divided U.S. Senate on Saturday confirmed Brett Kavanaugh to the Supreme Court, as Republicans dismissed accusations of sexual misconduct against the conservative judge and delivered a major victory to President Trump.

By a vote of 50-48, the Senate gave a lifetime job to Kavanaugh, 53, after weeks of fierce debate over sexual violence, privilege and alcohol abuse that convulsed the nation just weeks before congressional elections on Nov. 6.

The Senate vote takes the highest U.S. court down a more conservative path, perhaps for many years, and is a bitter blow to Democrats already chafing at Republican control of the White House and both chambers of the U.S. Congress. He was being sworn in almost immediately on Saturday by Chief Justice John Roberts.

Adding to the day’s drama, women protesters in the Senate gallery shouting, “Shame on you!” briefly interrupted the confirmation vote.

Another group of protesters stormed toward the doors of the nearby Supreme Court building with raised fists. Police stood guard at the doors.

Kavanaugh’s nomination became an intense personal and political drama when university professor Christine Blasey Ford accused him of sexually assaulting her in the upstairs bedroom of a home in a wealthy suburb of Washington in 1982.

Two other women accused him in the media of sexual misconduct in the 1980s.

Kavanaugh fought back against the accusations, denying them in angry and tearful testimony before the Senate Judiciary Committee that was viewed live on television by around 20 million people.

Democrats said Kavanaugh’s partisan defense of himself, in which he said he was victim of a “political hit,” was enough itself to disqualify him from the court.