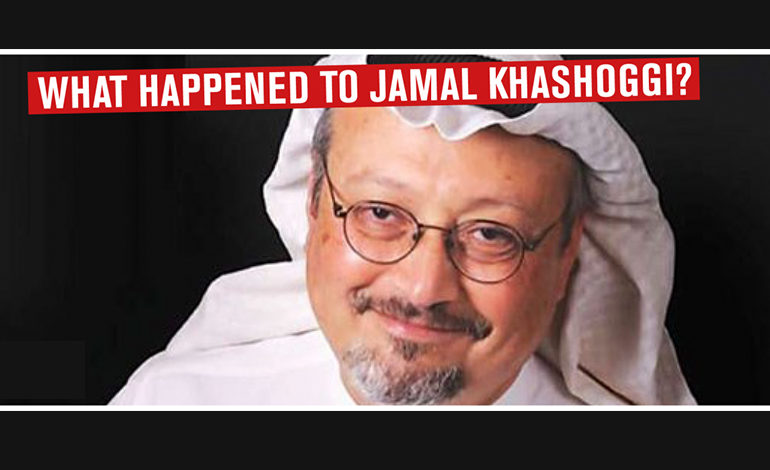 What happened to the Saudi journalist Jamal Khashouggi

ISTANBUL – Turkey’s investigation into the disappearance of prominent Saudi journalist Jamal Khashoggi has revealed recordings made on his Apple Watch purportedly indicating he was tortured and killed, a Turkish newspaper reported on Saturday.

The report in the pro-government Sabah daily, which could not immediately be verified, emerged after a delegation from Saudi Arabia arrived in Turkey for a joint investigation into his disappearance.

“The moments when Khashoggi was interrogated, tortured and murdered were recorded in the Apple Watch’s memory,” the paper said, adding that the watch had synched with his iPhone, which his fiancée was carrying outside the consulate.

Two senior Turkish officials previously told Reuters that Khashoggi had been wearing a black Apple watch when he entered the consulate and that it was connected to a mobile phone he left outside.

However, it was not clear whether data from Khashoggi’s watch could have been transmitted to his phone outside, or how investigators could have retrieved it without obtaining the watch themselves. Technology experts say it is highly unlikely the watch could have recorded actions inside the embassy and uploaded them to an iCloud account. Most models of the watch require that it be within 30 to 50 feet (9-15 meters) of the iPhone that it is paired with to upload data to Apple’s iCloud, they said.

Even newer models that can communicate with the cloud directly via wireless require either connection to a nearby WiFi network or a type of cellular connection that is not available in Turkey, the experts say.

Sabah, which cited “reliable sources in a special intelligence department” for its report, said Khashoggi was believed to have turned on the recording feature on the watch before entering the consulate.

The paper said Saudi intelligence agents had realized after he died that the watch was recording and they used his finger print to unlock it, deleting some files, but not all of them. The recordings were subsequently found on his phone, it said.

On Thursday, Turkey said it and Saudi Arabia had agreed to form a joint working group – at Riyadh’s initiative – to investigate the case. A Saudi source said a senior royal, Prince Khaled al-Faisal, had visited Turkey that day.

Khashoggi entered the Saudi consulate in Istanbul on Oct. 2to get documents for his forthcoming marriage. Saudi officials say he left shortly afterwards but Turkish officials and his fiancée, who was waiting outside, said he never came out.

Turkish sources have told Reuters the initial assessment of the police was that Khashoggi, an outspoken critic of the Saudi government, had been deliberately killed inside the consulate. Riyadh has dismissed the claims.

SPA said on Friday that Saudi Arabia’s interior minister, Prince Abdulaziz bin Saud bin Naif, condemned the “lies and baseless allegations” against the kingdom, although he praised the joint investigation with Turkey.

The Saudi delegation, which arrived in Turkey on Thursday, is meeting a Turkish prosecutor investigating the case as well as representatives from the Justice Ministry, Interior Ministry, police and the national intelligence agency, one source said.

On Tuesday, the Turkish foreign ministry said the Saudi consulate in Istanbul would be searched as part of the investigation.