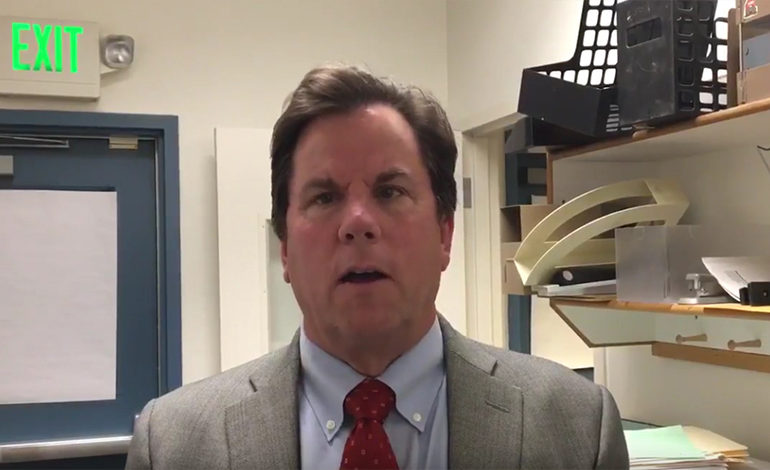 A small school district in affluent Marin County in California, serving about 2,000 youngsters in the bucolic West Marin towns of Fairfax and San Anselmo, has contracted with Thomson Reuters — a firm linked to Immigration and Customs Enforcement (ICE) — to check on the residential status of its students.

Ross Valley School District Superintendent Rick Bagley entered into a $5,500 contract on the district’s behalf in April. He told Ethnic Media Services that the changes to the district’s residency verification process are to ensure that space in the schools are available for district residents. Bagley is also vowing to report families believed to be attending the district’s schools despite living elsewhere to the county district attorney for prosecution.

According to Bagley, it would make life easier for district families and staff.

“Why not use a tool that’s been made available?” Bagley said when Ethnic Media Services asked for the reasons behind this contract. “It’s like using a pencil or a computer.”

Verification by the staff is presumably the pencil and the ICE contractor, Thomson Reuters, the computer.

Thomson Reuters is a global corporation, with 45,000 employees and operations in 100 countries, the school district said. Tens of millions of dollars’ worth of its contracts are with the U.S. government, including two with ICE for a total of $26.7 million.

Critics view the district’s contract with Thomson Reuters as likely to discourage families from enrolling their children in Ross Valley schools, especially if they are wary of U.S. immigration authorities.

Earlier this year, in the Marin county city of Novato, ICE officers tracked and arrested Guatemalan national Hilcias David Garcia Vicente, 35, on March 14 after he had dropped his daughter off at Loma Verde Elementary School.

And Marin’s Sheriff Robert Doyle has made a practice of publicizing the release dates of all inmates, including undocumented detainees, making it easy for ICE agents to apprehend detainees like Vicente away from the glare of publicity.

Given this environment, California officials in education and law enforcement have issued clear guidelines to maintain schools as safe spaces for undocumented parents.

In December 2016, State Superintendent of Public Instruction Tom Torlakson’s directive stated, “Our schools are not and will not become an arm of the U.S. Customs and Immigration Enforcement. Parents should know they are welcome on our school campuses regardless of their immigration status.”

And State Attorney General Xavier Becerra ordered that districts, rather than adding to immigrant families’ burdens, “should review their student-enrollment, residency and data-collection policies and practices… to safeguard against inadvertently discouraging immigrant/undocumented children from enrolling in or attending school because of the content of the enrollment forms or the mechanics of the enrollment process.”

Ethnic Media Services reached out to Marin County’s 12 other school districts to ask if they are taking measures similar to Ross Valley’s to verify student residences. None reported considering doing so.

Across the bay in Piedmont, a city known for its diligence in ensuring that its students are not from surrounding Oakland, school district administrators have not outsourced residency verification.

Thomson Reuters uses the program CLEAR (Consolidated Lead Evaluation and Reporting) — purchased by Bagley — to track the residencies of its investigation pool. CLEAR employs, “huge databases of public and proprietary records, starting with data you already have and linking to a variety of content types to easily uncover more about a person or business,” company spokesman Scott Augustine said.

Company marketing materials describe CLEAR as a tool to, “solve investigations faster and identify risks associated with your subject” and “close gaps in your investigation by uncovering hard-to-find information on your subject” for purposes such as anti-money laundering, skip tracing, tax fraud detection, corporate security, child and family services, law enforcement and third-party risk management.

Augustine did not disclose how many other school districts use the program.

“I don’t know anyone who uses it,” Sylvia Eggers, administrative assistant to the Piedmont district superintendent, told Ethnic Media Services. “It’s just not something we’re interested in.”

At Ross Valley’s Aug. 14 board of trustees meeting, Thomson Reuter’s spokesperson Anthony Cicchese tried to assuage the fears of the board.

“We do not share any information we would receive from you with any law enforcement agency,” Cicchese said. “Furthermore, we do not ‘upload’ any information you would enter into a CLEAR program. There is no information sharing from you to us.”

Ross Valley’s board of trustees, however, rejected a proposal for an anonymous “snitch” system for reporting suspected out-of-district families, although a much more stringent system of eligibility verification was put in place. Parents lacking a formal lease or property tax statement are now expected to provide a notarized document from their landlord describing their living arrangements.

“It seems to fall disproportionately on the socioeconomic-disadvantaged families who may be sharing housing or paying someone as a roommate,” said Ross Valley Charter School Administrator Jennifer Wolf of the new policy requiring formal documents.