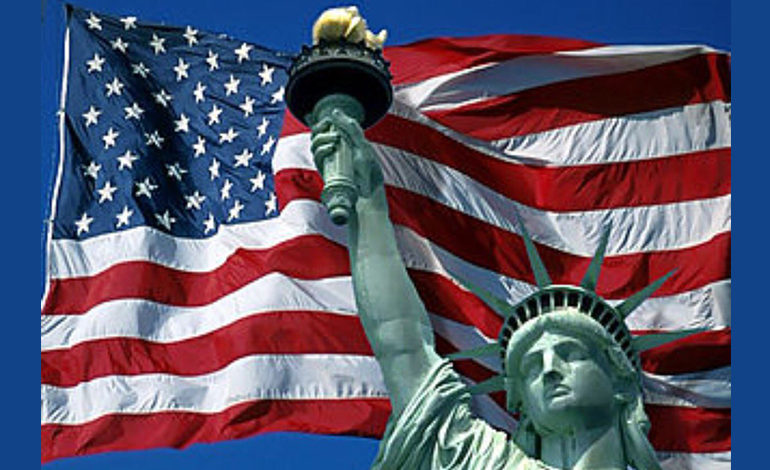 Despite our differences, there are some traits that I think we and our predecessors would recognize — characteristics to being an American that resonate with most of us, regardless of our age or our political beliefs. - Lee Hamilton

What does it actually mean to be an American? Tell me. In the press of day-to-day events and amid the ongoing tumult of politics, we don’t think about this much. Yet it’s a crucial question, one that each generation in this country is called upon to answer for itself.

Despite our differences, there are some traits that I think we and our predecessors would recognize — characteristics to being an American that resonate with most of us, regardless of our age or our political beliefs. For instance, I believe the aim of our representative democracy is to enhance the liberty of free people and to offer them the opportunity to make the most of their talents. This lies at the root of what it means to live in a representative democracy: Extending respect to all and wanting every person to be aware of his or her political importance.

Perhaps the most eloquent expression of this view is the awe-inspiring Declaration of Independence, which remains a core inspiration both for our political values and our shared identity. The notion that all people are created equal, that we possess God-given inalienable rights, including to life, liberty, and the pursuit of happiness — these are beliefs that undergird our democracy.

Bold, decisive, thoughtful leadership is essential for our country’s success. Where are the Jeffersons or Lincolns in this time of need?

They suggest that our country can — and should — be an example to the world of what a government of liberty can mean in the lives of citizens. And that we should never stop trying to make the world a better place. Bringing these values into our policies and our politics depends on all of us — another notion embedded in this country since the beginning.

Often people ask, “Where are the Jeffersons or Lincolns in this time of need?” They understand that the quality of our elected leaders makes all the difference; and that bold, decisive, thoughtful leadership is essential for our country’s success. Yet while I recognize the need, ultimately our success as a nation will rest on the strength and capabilities of our citizens. The Founding Fathers spoke often of the need for citizens of virtue and talent, for people capable of governing themselves.

Politics as it is practiced in our country can bring despair and crushing defeat. But it can also produce splendid achievements

We do so through our political institutions, within a framework set out in our Constitution. While our system is not perfect, it has provided us with the tools to meet our challenges — and in a better fashion than any likely alternative.

Politics as it is practiced in our country can bring despair and crushing defeat. But it can also produce splendid achievements. If you enter politics, you have to be prepared for both. I know that a lot of people view politics with disdain and disapproval, yet over the course of a long political life, I never felt the desire to escape it. Just the opposite, in fact. I knew a lot was at stake in the battles and I embraced them.

To be sure, I pursued them at a time when it was possible to find common ground across partisan divides and when respecting one’s opponents did not bring immediate censure from donors and primary voters. The atmosphere is different now. Yet the basic need — for using the political system to resolve fundamental challenges — has not changed.

Government must protect the national interest and address deep-seated problems

Nor has one of its most basic features: A permanent tension between the preservation and expansion of individual freedom on the one hand and the stability and strength of the nation on the other.

Government must have enough power to protect the national interest and to be capable of addressing deep-seated problems. It must secure and enlarge personal liberties while maintaining order and stability. It must provide the national security necessary for the preservation of freedom.

These are not contradictory goals, but they do rub against each other. How we interpret them — how far in one direction or the other we go as our national circumstances change — is a constant challenge. Being an American means not shying away from that task, but instead embracing it as part of our birthright.