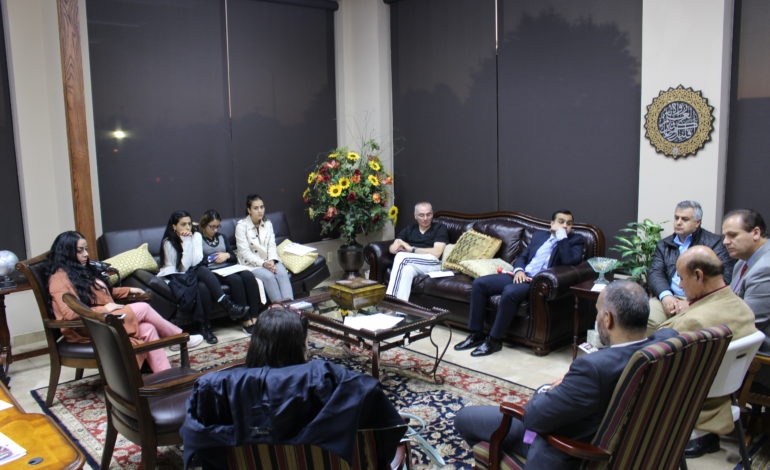 DEARBORN – Several key races are brewing that could alter the course municipalities and the state take as they face challenges like improving public education, fixing dilapidated infrastructure and lowering insurance premiums.

Michiganders will have the opportunity to cast their votes in the November 6 general election.

Formed in 1998, AAPAC’s membership consists of Arab American professionals who volunteer their time and donate money to organize and encourage Arab American political engagement. According to AAPAC’s bylaws, members may only consider candidates who’ve requested an endorsement from the organization in writing. Those who’ve already been interviewed for consideration during past elections don’t necessarily need to undergo second evaluations. However, candidates need to get the nod of approval by two thirds of the members in good standing who are voting on the endorsements in order to get the organization’s support.

In the U.S. Senate, the organization is endorsing Democrat Debbie Stabenow, who is running for re-election.

For the U.S. House of Representatives, the organization chose to back Andy Levin in the Ninth Congressional District, which includes Royal Oak, Ferndale, St.Clair Shores, Warren, Bloomfield Hills and Sterling Heights.

For the state House, AAPAC endorsed Rebekah Warren in the 55th District, which includes Ann Arbor and Pittsfield Township.

The organization also voted to back Isaac Robinson in the Fourth District (Hamtramck), Abdallah Hammoud in the 15th District (Dearborn),  John Cherry in the 49th District (Flint) and Karen Whitsett in the Ninth District (Detroit).

They also chose to endorse Julie Gatti for judge in the Macomb County Circuit Court.

Members also voted to back Salwa Fawaz as a trustee on the Crestwood School Board in Dearborn Heights, as well as Brianna Scott and Kelly Tebay as trustees on the Michigan State University board.

They also encourage voters to vote “yes” on a proposal to renew Henry Ford College’s operating millage, the Independent Redistricting (Proposal 2) and Promote The Vote (Proposal 3).