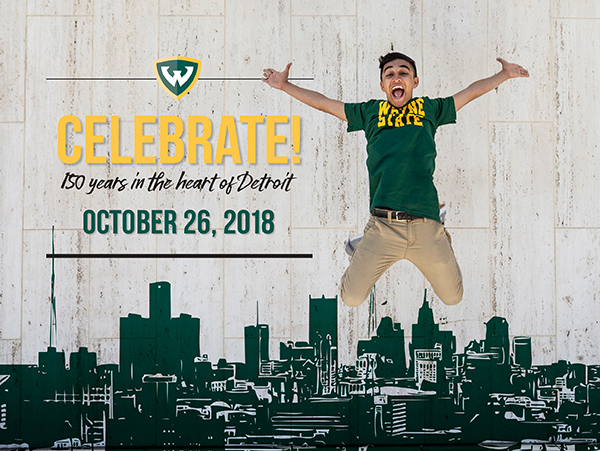 DETROIT — Wayne State University will celebrate its 150th anniversary along with the completion of its Pivotal Moments fundraising campaign with a celebration on campus.

To conclude a yearlong observation of the 150th anniversary, a campus festival will begin on Friday Oct. 26 at 4:30 p.m and will include exhibits, food and music and dance performances by current WSU students.

The program hosted by Merkerson will begin at 6 p.m. and include a presentation of the Sesquicentennial time capsule.

A student block party will be held on Gullen Mall with music and food, ending at 10:30 p.m.