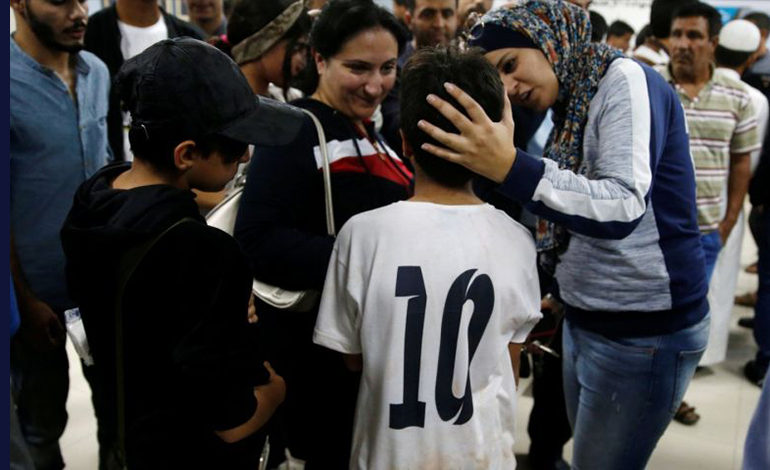 A child survivor is seen with relatives at a hospital near the Dead Sea, Jordan. -REUTERS

Many of those killed were children under 14. A number of families picnicking in the popular destination were also among the dead and injured, rescuers said, without giving a breakdown of numbers.

Hundreds of families and relatives converged on Shounah hospital a few kilometers from the resort area. Relatives sobbed and searched for details about the missing children, a witness said.

Authorities in Jordan expect the number of casualties to rise. Rescue workers using flashlights were searching the cliffs near the shore of the Dead Sea where bodies had been found.

A witness said a bus with 37 schoolchildren and seven teachers had been on a trip to the resort area when the raging flood waters swept them into a valley.